“We were at a loss for words” — Elijah Blankenship

Oct. 23, 2019 — Just as the final horn rang during Friday night’s game between Siuslaw and La Pine, the school band walked onto the field. They were joined by friends, family and fans of the Vikings, who poured out from the stands to witness a moment in Siuslaw history.

The Viks football team, along with the cheerleaders, coaches, ball-boys and staff huddled with their hands held high as the band played “On Siuslaw” and then dispersed as the players knelt around head coach Sam Johnson.

“He said that we had been working on this all year since June,” Vikings quarterback Elijah Blankenship recalled. “Hard work pays off. We just have to keep working hard now to see how far we go in the playoffs. He just congratulated us for making the playoffs.”

It had been years since the Viks had made the playoffs, and the magnitude of the moment seemed to stick. The players were silent, smiling.

“There wasn’t much anyone could say, really,” Blankenship said. “We were at a loss for words.”

He’s still pretty much at a loss for words. Last week, Blankenship said that if the Viks won the homecoming game, “It’ll be awesome.”

That pretty much summed up his feelings Friday night.

“Winning felt really great,” Blankenship said. “I mean, we made the playoffs! Wrapping up the season, not losing at home was pretty cool. That was awesome.”

Going into the game, the Viks knew they would have to run the ball a lot against the Hawks.

“It was just a matter of who would be tougher,” Blankenship said. “The start of the game, they were running a four-front. They left a huge hole there that we could just run the ball through. We took advantage of that.”

The Hawks noticed this and called a time out early in the first quarter.

“When they do that, you know you’re doing something right,” Blankenship said.

The high scores of the previous Viks home games were missing this time around, which Blankenship called “kind of a weird” game.

The majority of points scored by the Viks were made in the first half. Rhys Fleming caught an 8-yard pass from Blankenship in the first quarter, and then Camp Lacouture scored the second touchdown halfway through the second quarter.

The third quarter saw no points, and it looked like the fourth quarter would be a repeat until — at the last minute — the last minute, when Braydon Thornton caught an interception, ran 88 yards and scored an unexpected touchdown.

“Normally, we score consistently throughout the game,” Blankenship said, “This game we just scored the end of the first quarter into the second quarter, and that was it.”

The Viks are currently in a holding pattern, unsure what the playoff landscape will look like after they play Sutherlin for the final regular-season game this Friday.

“Yesterday, [Coach Johnson] was saying we probably won’t have a home playoff game, which is kind of a bummer,” Blankenship said, though it’s no fault of the Viks. Only the top eight teams get a home playoff game. While Blankenship held out hope last week that the rankings would go in their favor, Siuslaw is now ranked 12th — and the odds of breaking the threshold are slim.

“But we can still go somewhere else and play and win,” Blankenship said. “We just gotta win this next game to help our ranking. We’ll see.”

As for Friday’s game against Sutherlin, the teams are evenly matched. Sutherlin, ranked 10th, has the same 3-1 league record as Siuslaw, and 6-2 overall. Like the Bulldogs’ only league loss was against Santiam Christian.

“It will all come down to our offensive and defensive lines,” Blankenship said. “They’re just going to run the ball all game, more than any other team we’ve played,” Blankenship said. “If we can stop the run from them, it’ll be a pretty good game. And if we can score early and get ahead, then it will be hard for them. Our offense just needs to be working hard and scoring early.”

Blankenship and the rest of his team realizes that from here on out, the games will not be easy.

“We definitely can’t get soft now,” he said. “We’ll be playing a lot better teams now, so we’ll need to toughen up and start playing harder than we have before. 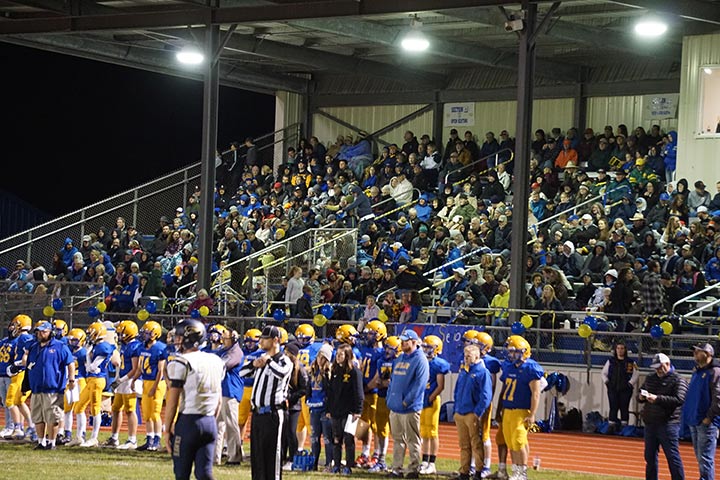 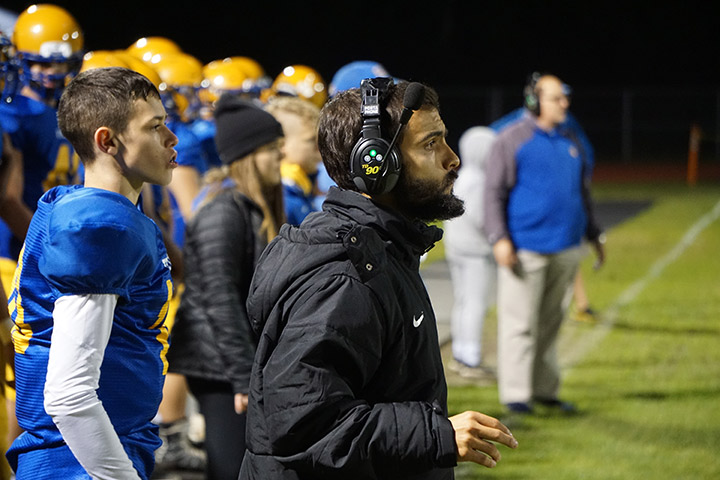 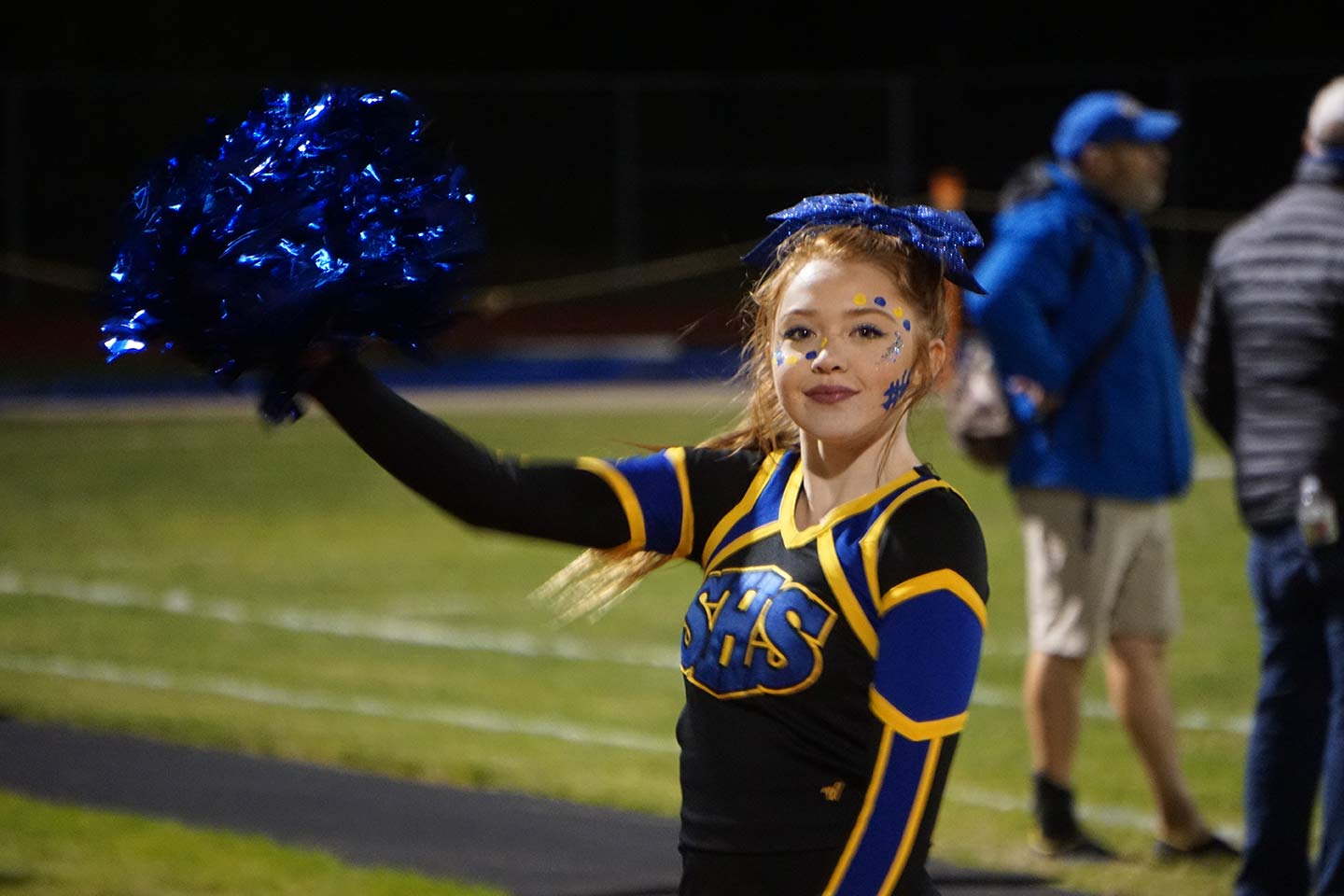 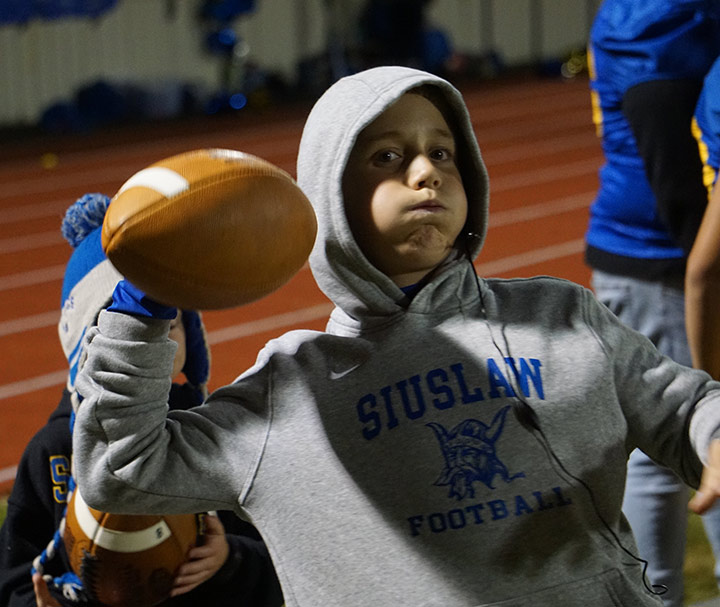 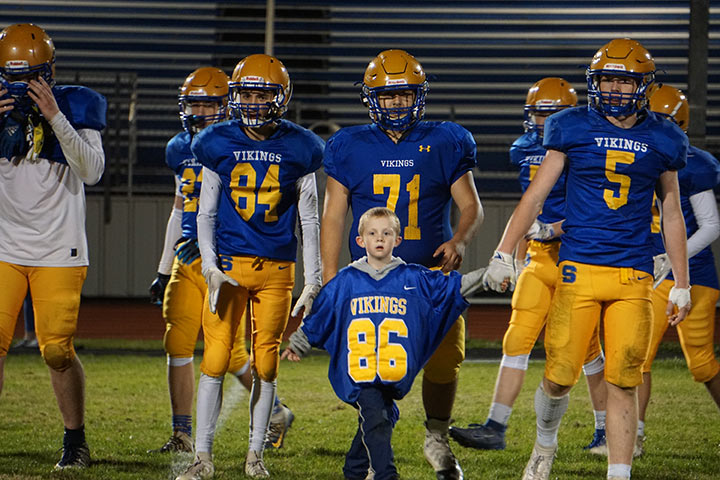 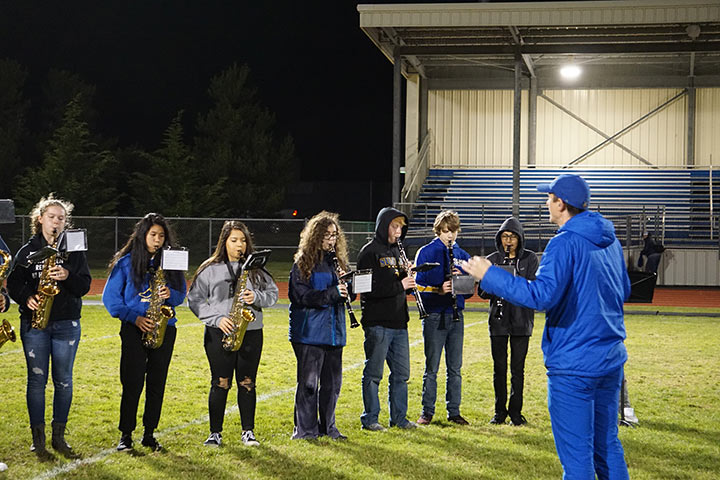