Dec. 1, 2018 — For the first time in more than two decades, the varsity basketball seasons for both Mapleton and Siuslaw high schools not only began on the same day but also on the same court as teams from both schools faced off in a special Oregon School Activities Association (OSAA) endowment game at Mapleton High School last Wednesday night.

“It was a great opportunity to bring our two communities together,” said Mapleton School District Superintendent Jodi O'Mara. “It was wonderful to see the large number of community members, families and students from both the Mapleton and Florence communities together to support our kids.”

Due to different classifications based on school enrollment, with Mapleton within the small 1A classification and Siuslaw in the larger 4A (3A for football) division, the two teams never play each other in league or even pre-league competition, and haven’t competed against each other for league or state titles in decades.

Two years ago, Siuslaw’s junior varsity boys basketball team played the Mapleton varsity boys team in pre-season play, but aside from that game and the inclusion of a few Mapleton athletes on Siuslaw's varsity baseball team the past few years, the opportunity for members of the Florence and Mapleton communities to gather in the same gym for a night of athletic competition had been non-existent prior to Wednesday's basketball doubleheader.

“We appreciate the OSAA giving us this opportunity to have an endowment game,” O’Mara said. “We look forward to having more of these athletic contests between Mapleton and Siuslaw in the future.”

While speaking about Wednesday's match-up with the Lady Sailors a week earlier, new Lady Vikings head coach Chad Smith said he saw it as an opportunity to see how much his team had retained from practices and what areas they need to work on.

"It will be a chance to see what works and what doesn't, what we have gotten good at and what we still need to work on," said Smith, who tempered any results with a caveat: "It's not a typical game situation, so we'll need to keep that in mind as we prepare for the next game."

Mapleton senor Erin Michael and sophomore Briena Jensen had solid performances for the Lady Sailors, with 7 points from Michael — including a 3-pointer — and six points from Jensen, along with 4 points from sophomore Emily Stevens.

Of the 11 points scored in the first half, 6 of Mapleton's points came from freethrow shooting.

Across the court, Siuslaw scored in double digits in all four quarters, led off the bench by 6-foot junior Mia Collins with a game-high 20 points.

Collins was one of 10 Lady Vikings to score in the game, including 10 points each from sophomores Lindsey Long and Savannah Morris.

Siuslaw had the chance to rotate all 13 of its players onto the court, with Collins draining 6 points in the first period to spark a 20-4 run by the end of the period.

Tuesday, the Lady Viks will be at Newport (5:30 p.m.) and the Lady Sailors will host Willamette Valley Christian (7 p.m.)

It took nearly a full three minutes before the first basket passed through the hoop during the Wednesday night's match-up between Siuslaw and Mapleton, and it came on a hard-driven lay-up by  Sailor sophomore JJ Neece. But the Vikings answered quickly on a long 3-pointer from freshman Braydon Thornton. Siuslaw never relinquished the lead after that point, although Mapleton would get within 4 points early in the second quarter.

After rebounds from Viking sophomore Liam McClellan and senior Dylan Wynn, as 7-2 Siuslaw lead prompted a timeout by the Sailors.

Coming back to the hardwood, another 3-pointer from Thornton and a steal from junior Caleb Hennessee that led to a pair of freethrows, the Vikings extended their lead to 10.

In the final two minutes, Mapleton rallied with a long ball from outside the arc by the Sailors’ lone senior Evan Moso, followed by rebound from junior Nathan Roane.

The Sailors’ momentum continued into the top of the second period, with Neece scoring and drawing the foul to put Mapleton within two baskets, 10-14.

But Siuslaw platooned in four fresh sets of legs and went on a 11-0 run that included a third 3-pointer from Thornton and six points from sophomore Jakob Foskett.

Moso scored from inside the paint with 2:16 remaining in the period for the Sailors' first basket since the top of the quarter. Junior Nate Neece added to Mapleton's side of the scoreboard on a spin-move inside the key, then drained a 3-pointer in the final six seconds of the half.

But Thornton sank his fourth long ball of the half in the final second to help Siuslaw secure a 35-17 lead at the break.

Bryadon eventually finished the night with a game-high 17 points, along with double-digit scoring from Foskett (14) and Wynn (10), en route to a 67-33 Siuslaw win.

For Mapleton, Moso led scoring with 12 points, including three 3-pointers. JJ Neece and Nate Neece had 7 points each, Roane had 3 points and sophomore Jeremy bender had 1 point for the Sailors.

Siuslaw will tip off at 7 p.m. against the Cubs at Newport High School. 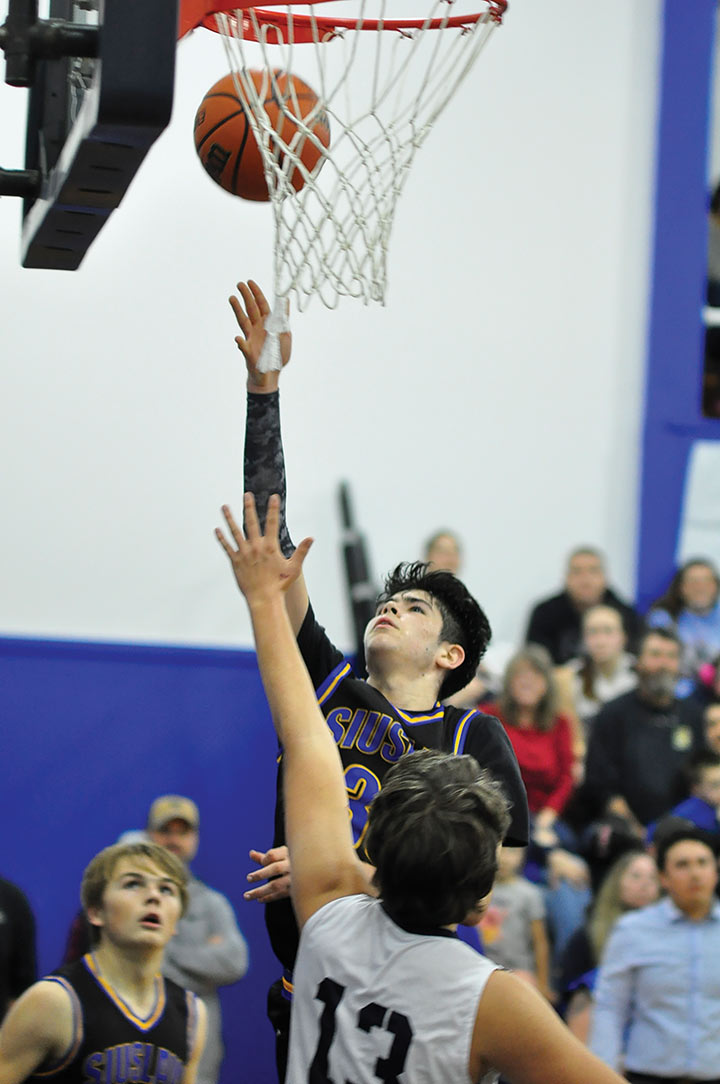 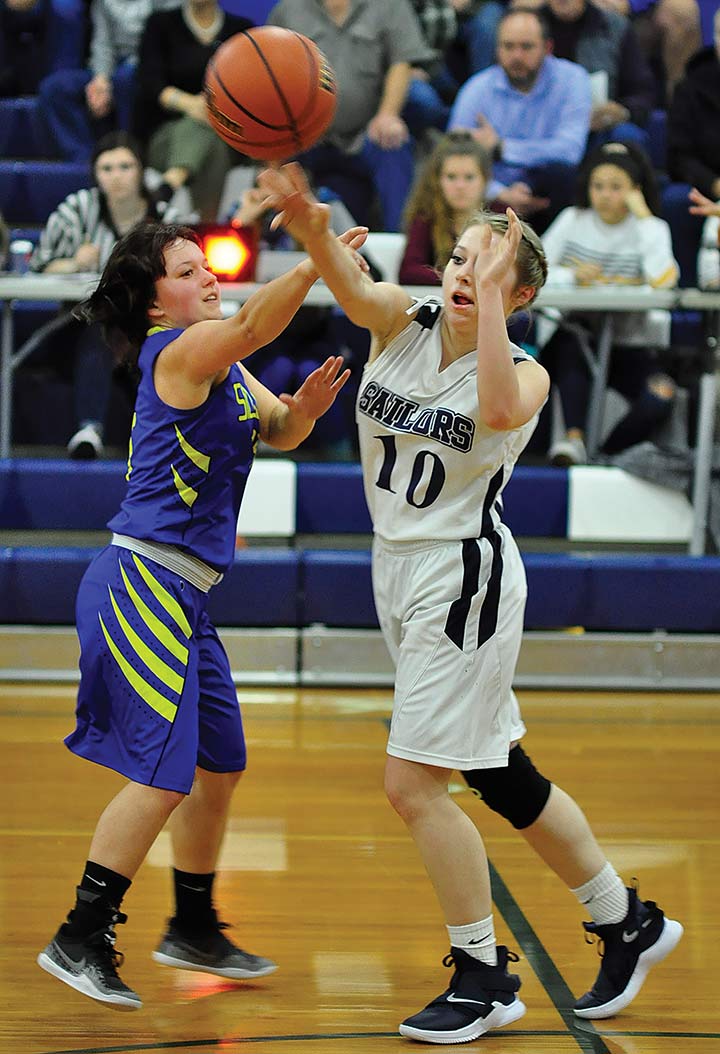 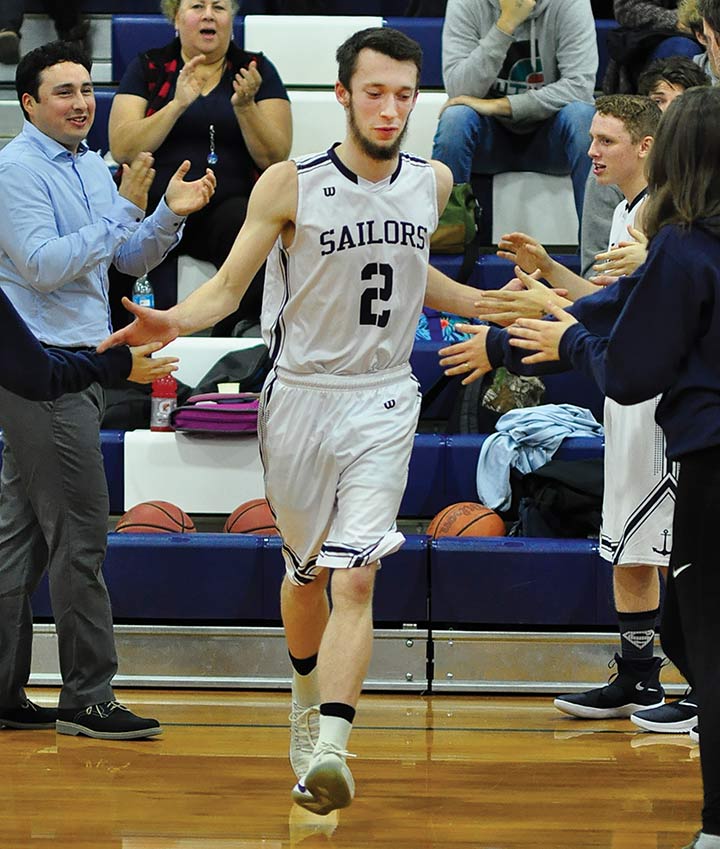