The Viking boys basketball team continued the roller coaster ride that has been the 2022-23 season by opening the week with a win over a tough Harrisburg team followed by a loss on the road to last-place La Pine.

The Viking girls are still fighting for their first league win but played their best game of the season against La Pine on Jan. 13.

Harrisburg came to town last Tuesday (Jan. 10) for a Mountain Valley Conference doubleheader with the boys teams matching up first.

The Eagles came to Glenn Butler Court as the #11 ranked team in OSAA’s rankings, so the Viks knew they’d be in for a test. Both teams traded narrow leads throughout the first three periods before Siuslaw took control in the fourth — holding on for their best win of the season, 51-44.

Junior Andrew Jensen-Norman had another stellar performance in the post with 20 points and 9 rebounds. Senior Jimmy Allen added 15 points with 5 rebounds. Sophomore wings Gave De Leon and Michael Felkins added 9 points each for the Viks. 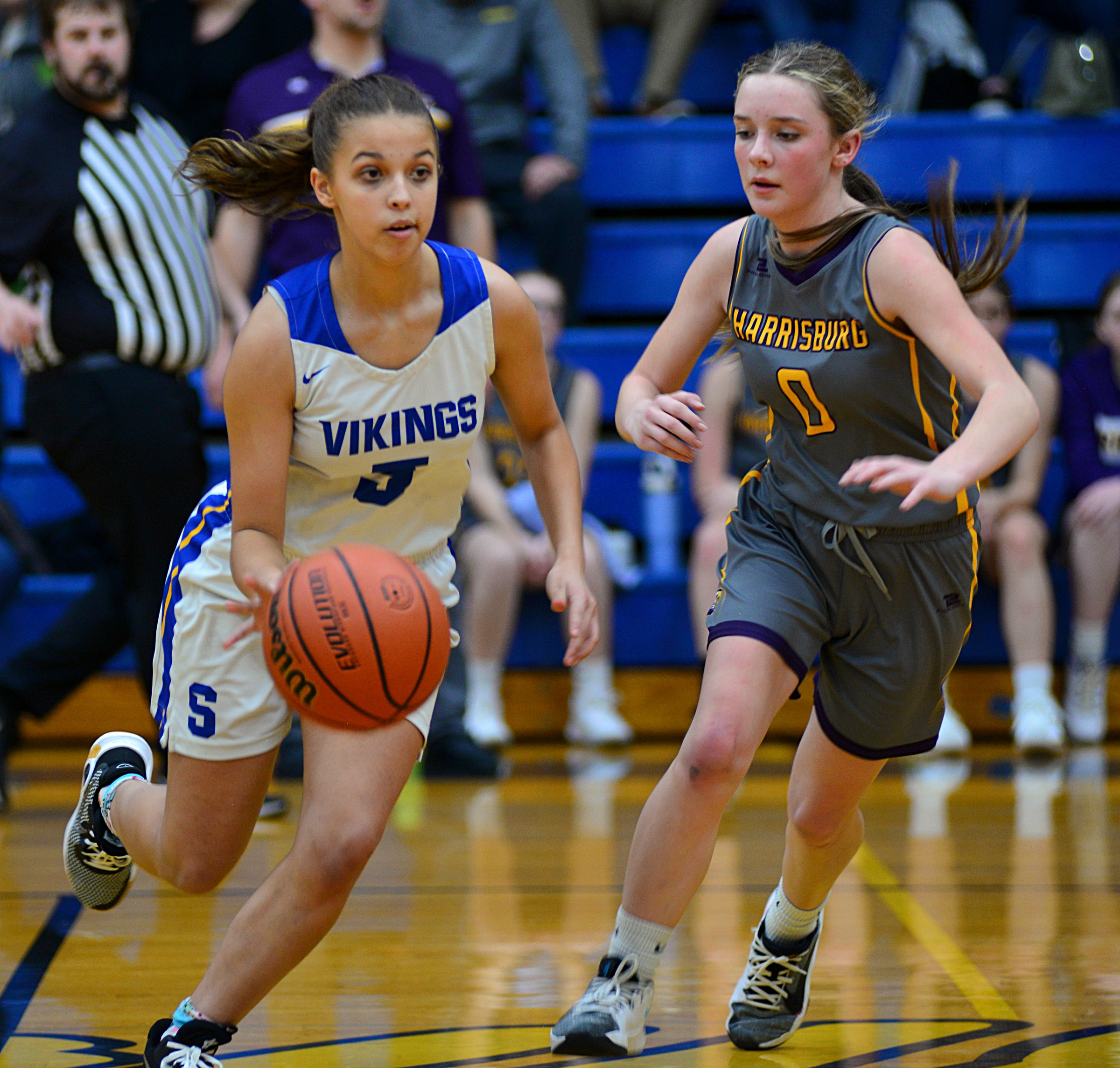 The Siuslaw and Harrisburg girls took the court next. The Eagles controlled the game from tip-off to the final buzzer, with nine different players scoring en route to a 54-8 win over the Lady Vikings.

Leading scorer for the Vikings was senior Mary Jo Fontenot with 4 points.

Three days later, both teams were in action again, this time almost four hours to the east of Florence at La Pine. Both Hawks teams came into the game in last place, so the Vikings traveled over the pass expecting to compete for a win in both games.

Again, the doubleheader opened with the boys’ match-up.

Possibly due to the long road trip, the Viks came out sluggish and were down 14-4 at the end of the first quarter — and trailed 27-13 at the half. Siuslaw would never get closer than 10 points to the Hawks before falling 51-38.

Next, the Viking and Hawk girls teams took the court.

Siuslaw played a great first half and was only down 14-11 with 10 seconds to go in the first half. A quick four points by La Pine made it 18-11 heading into the break.

Midway through the fourth, Siuslaw was down just 24-18 but, according to Siuslaw coach Aaron McNeill, “the wheels fell off the last few minutes, and we were outscored 21-4 in the last quarter.”

“Unfortunately, the final score is not indicative of how competitive the game was,” said McNeill.

Both teams travel to Creswell for games tonight. The boys game is at 6 p.m., followed by the girls at 7:30 p.m. The Creswell boys are the top team in the conference, ranked No. 5 in the 3A division by OSAA, presenting a big challenge for the Viks.

The next home game is Friday when Elmira visits Glenn Butler Court. Boys tip off at 6 p.m., with the girls’ game starting at 7: 30 p.m.

Klampe clamps down, wins 2 tournaments in one weekend

‘When a game plan plays out’