Nov. 6, 2019 — Siuslaw School District’s annual Color-A-Thon event was held on Saturday, drawing hundreds of children, parents, educators and school supporters who splashed a rainbow of powdered color over their clothes and ran (or walked) a 5K marathon to help support the district.

“This is the largest event yet,” said organizer Crystal Osburn. “It was just phenomenal, all the way around. It was great to see a huge dynamic of people show up to support the schools.”

Thanks to registration fees and sponsorships from 19 local businesses, this year’s event raised over $20,000. After paying for the color and prizes for the runners, such as rainbow wigs, tutus, color blasters and tie-dye bandanas, the Color-A-Thon brought in $17,286.70 for the school.

The kids also earned a bouncy house party because they raised over the year’s goal of breaking $20,000.

On race day, the morning started out with a swarm of children descending on the Siuslaw Middle School parking lot, dressed mostly in white or pastel colors. Prizes were handed out, along with multiple forms of color that participants can paint, throw or dump over each other.

As the race began, a colorful cloud of dust enveloped the starting line as hundreds of participants bolted through the multi-colored mist.

As the runners made their way back to starting point, they were greeted with yet another cloud of color as they crossed through the finish line.

Money earned from this year’s Color-A-Thon will go to enhance programs that are not funded directly through the district, such as the arts.

“Kindergarten through fifth grade do not have art on campus, so we are funding a volunteer to come in for the whole year and teach our kids art,” Osburn said. “We’re paying for the paper, the paint, the supplies and all of that kind of stuff.”

The program will also help make improvements to the middle school gym, as well an outdoor education enhancement program for the younger kids.

Money is also distributed to Florence Community PTA to help fund a variety of projects throughout the school year.

Osburn, who works at the elementary school as an office secretary and is this year’s president of the PTA, first thought of the idea of bringing the Color-A-Thon to Siuslaw four years ago.

“I always enjoyed running and I was signing up for races and doing different things. The kids were so excited about it, so I thought there has be a way to intertwine the school and running,” she said.

Osburn and the Florence PTA partnered with the national Color-A-Thon event. The PTA passed the event to Siuslaw School District after the first year, and since then it has been a reliable and fun event to bring money to the schools.

“We give so much back from this event that I’m glad that people are finally starting to realize that,” Osburn said. “It’s a great way to make money with a healthy day of great exercise that can give back to the school district.” 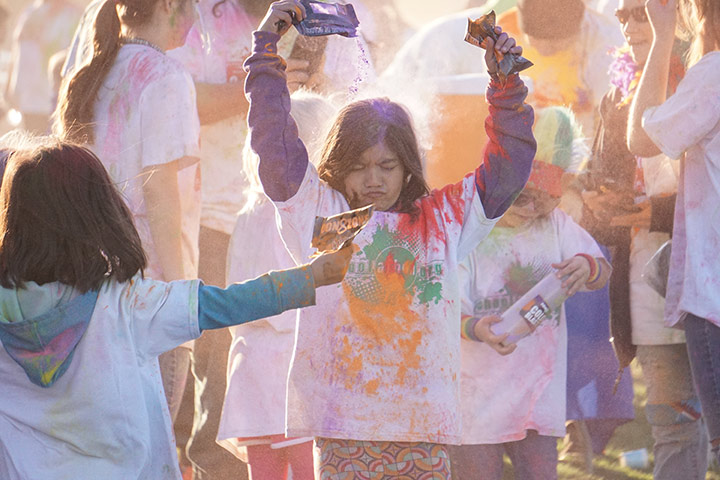 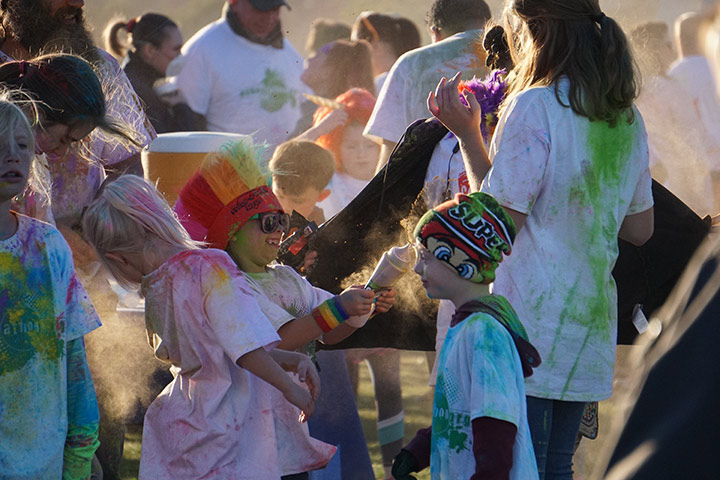 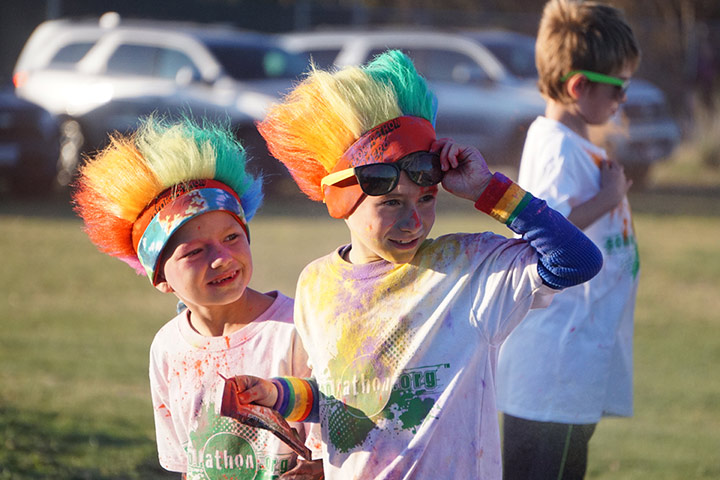 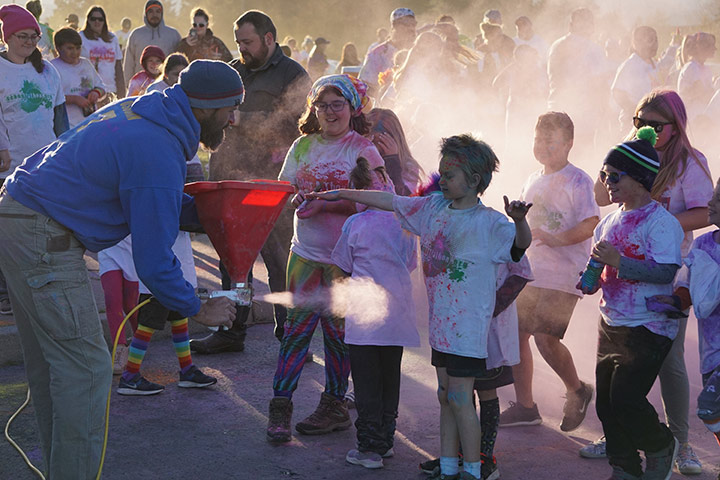 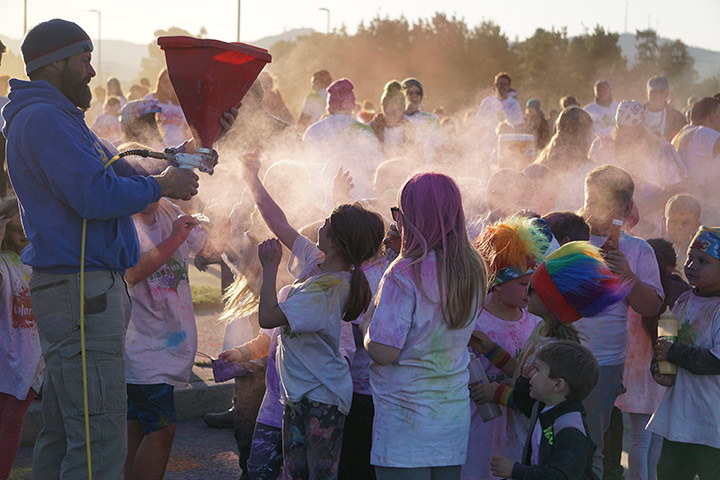 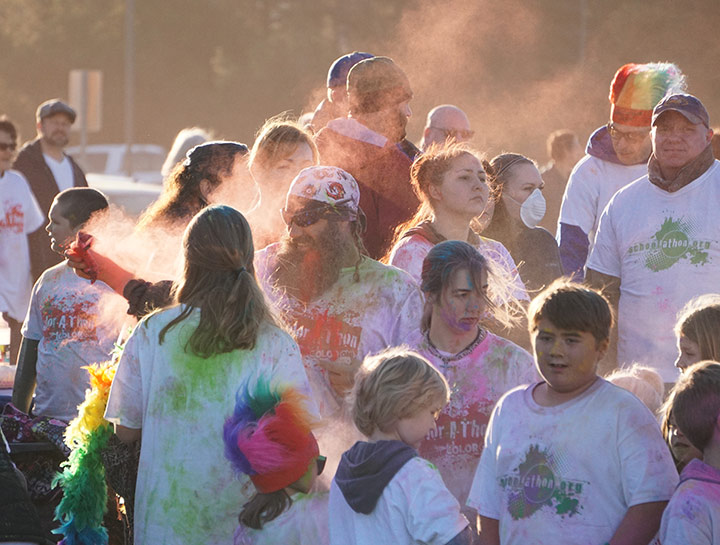 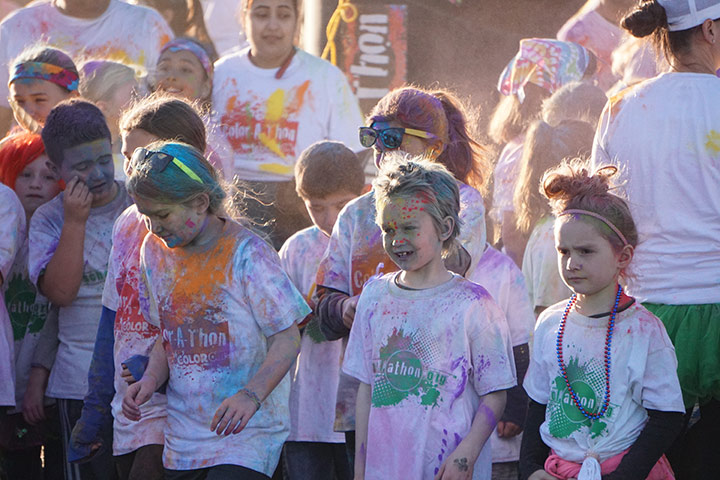 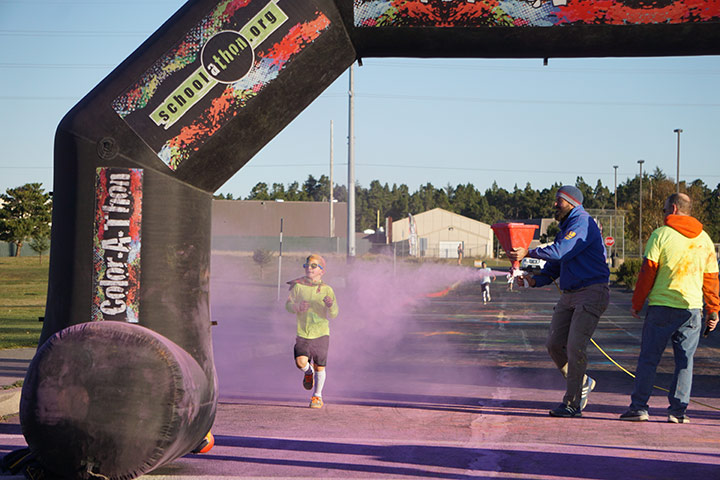 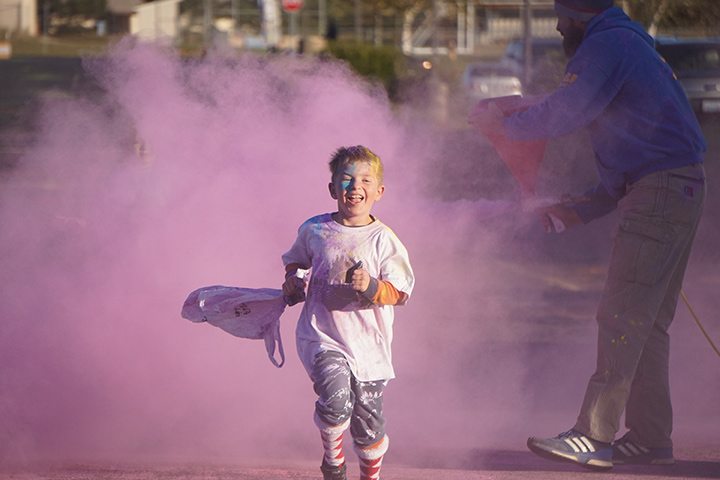 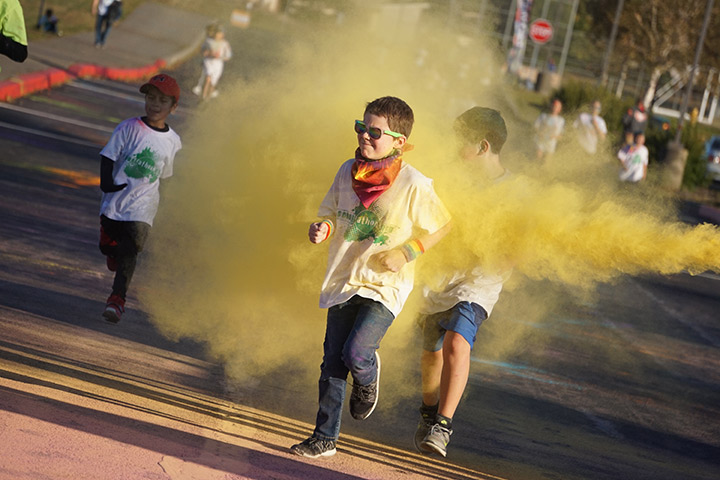 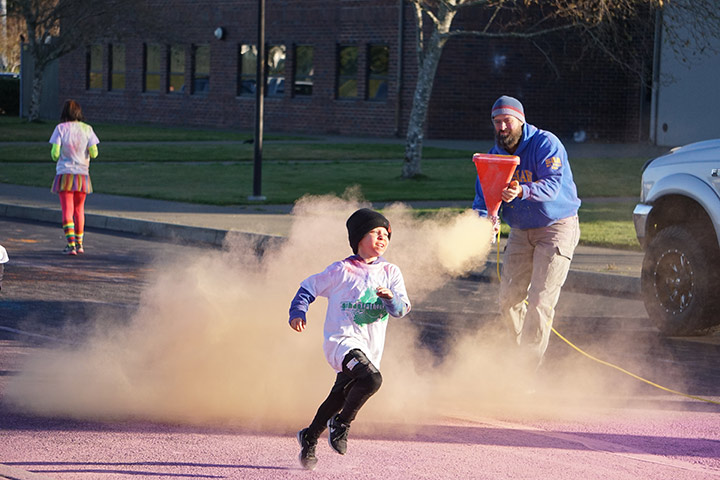 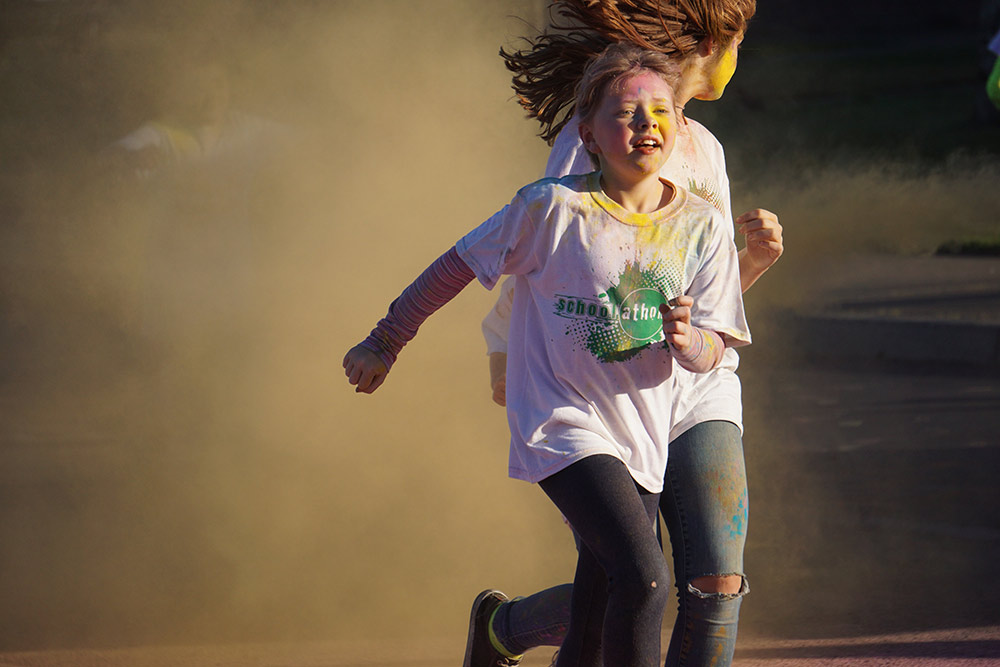 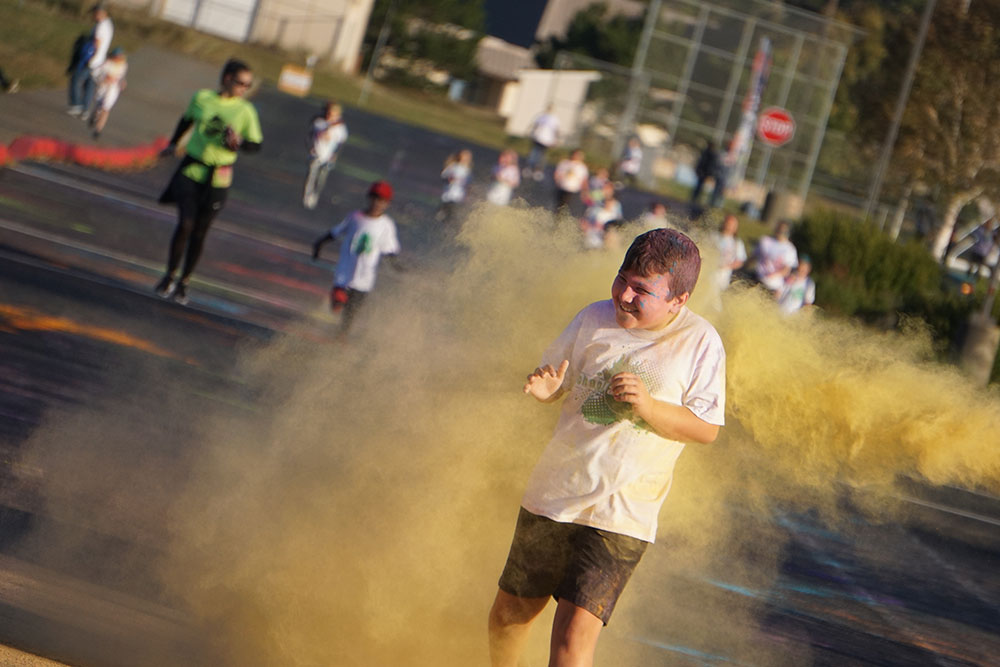 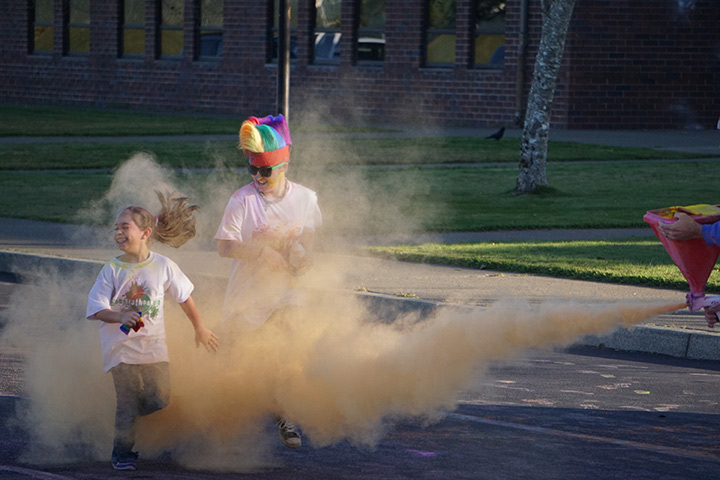