The keys to homebuying

July 6, 2019 — For owner Andy Johnson and his associates at Coldwell Banker Coast Real Estate, homes are their life. From their welcoming office on Highway 101 to their work with first-time and repeat homebuyers, everything with the real estate business is about connecting people to the perfect home in the Florence area.

“One of the greatest satisfactions is helping people, like first-time homebuyers, achieve something that might be challenging,” Johnson said. “I’m working with several right now where you run into lots of hurdles along the way in the process. Finally getting there is really rewarding. I just closed on a house Monday that was a first-time homebuyer. It’s really satisfying to be able to hand over those keys to their first home.” 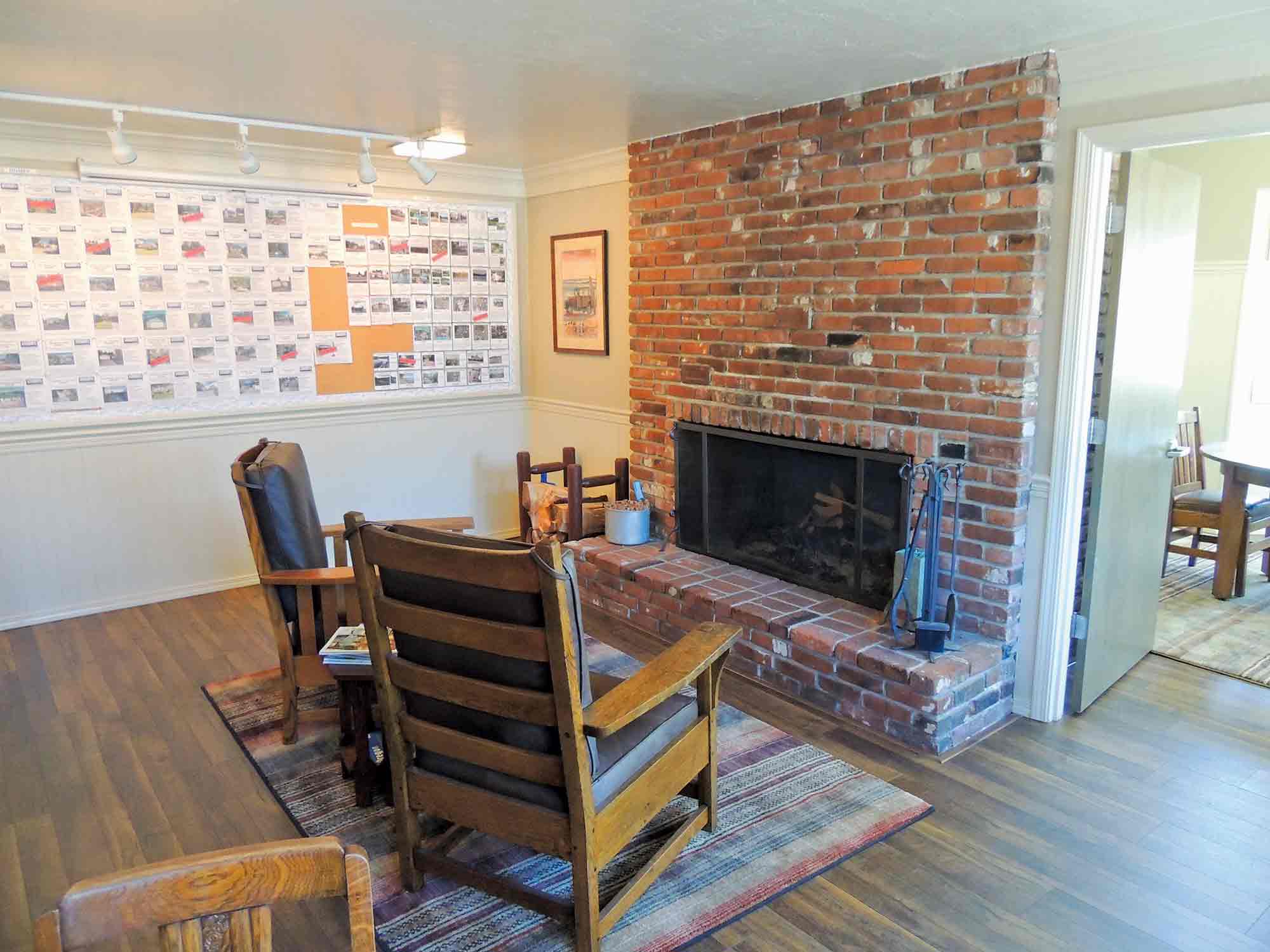 Coldwell Banker is the first business people see after crossing the Siuslaw River Bridge north into Florence on Highway 101. This proximity to the bridge and Historic Old Town Florence brings walk-in traffic right into the cozy, homey interior of the real estate office.

“Especially with the hotel right next door, a lot of people stay here. They can walk down to Old Town, walk next door and explore the area. It’s a great location for people coming off the bridge and coming to Old Town,” Johnson said. “We’re in a well-sited building with great front office staff. They are really helpful and greet the clients to begin with, which is important whether it’s by phone or first contact.”

According to Johnson, Coast Real Estate started in 1956. In 1981, it moved to its current location on Highway 101. In 1999, it affiliated with Coldwell Banker Real Estate. Johnson began working there in 1992 and became the owner in 2000.

For him, transitioning into real estate was easy. He bought his first home in 1991, before he married his wife Lori, and got into the business while he still lived in Coos Bay.

One of the keys to longevity in the business is being there for more than just people’s first home in an area. It’s staying plugged in so when they downsize, upgrade or move across town, Coldwell Banker and its agents are the first ones they call.

It’s the same when people have a good experience. They will tell their friends.

“It’s repeat business,” Johnson said. “‘Who did you use to buy your house? Maybe I’ll give them a call.’ That’s key. And we’ve had lots of great customers who have been really loyal and have used us over and over again. We’re thankful for that.” 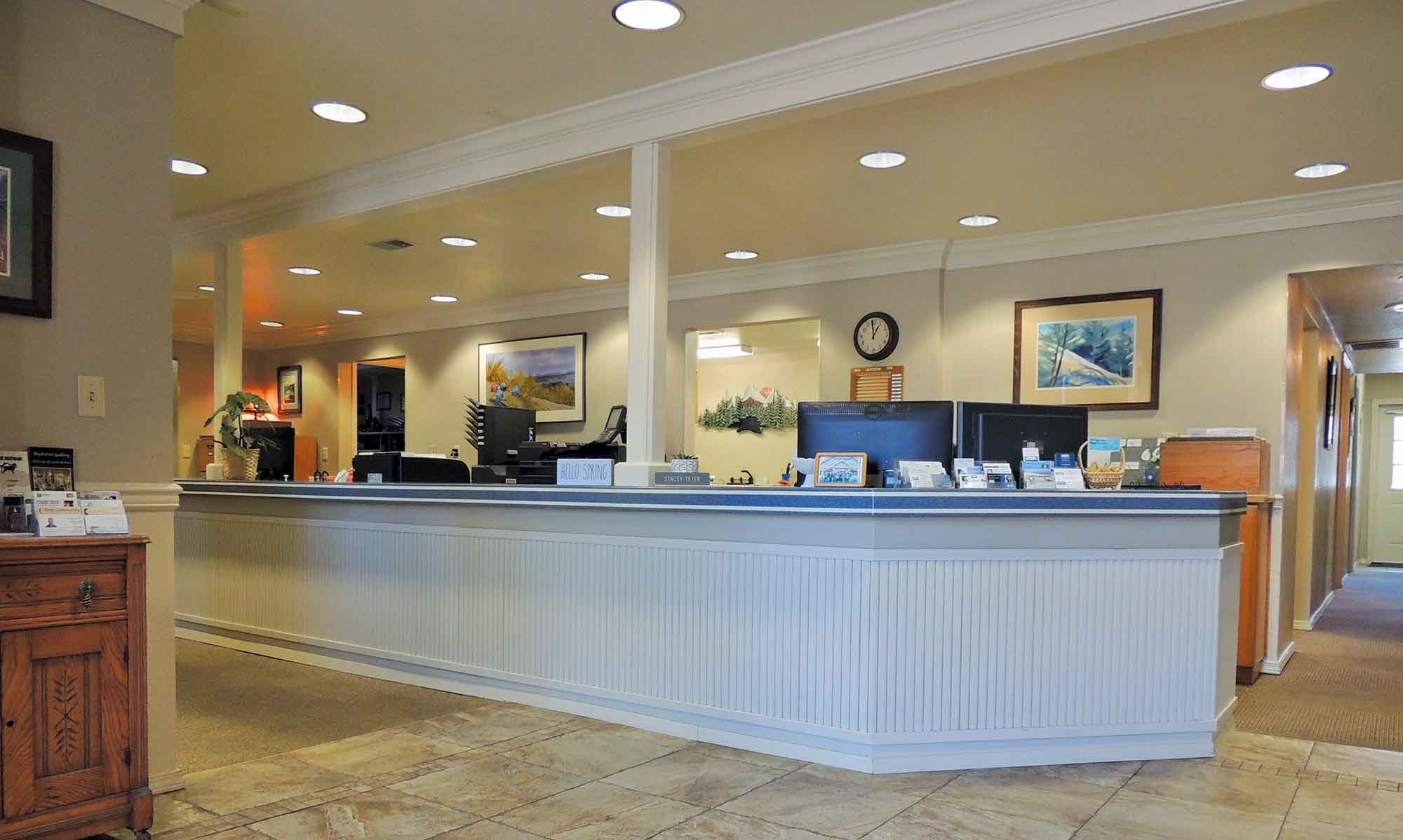 Over the years, he has noticed a pretty even split in people who decide to move to Florence.

“You could probably group half of the people who come as retirees. They’re looking for a slowed down, easy lifestyle with all the outdoor recreation stuff that Florence has — fishing, hiking, the beach and all that. The rest are maybe lumped into part-time homes, moving up or downsizing. It really is all walks of life, from first-time homebuyers to retirees.”

In a similar way, Coldwell Banker Coast Real Estate’s staff of 22 people also covers all walks of life, from recent Siuslaw High School graduate Alex Saindon in the front office to agent Rick Cox, who has been with the company even longer than Johnson.

“I try to make an environment for everyone here that is like family,” Johnson said. “We keep it light and try to have a good time, all while getting work done and being professional about it. It’s really important if you’re going to spend a lot of time with folks that you have a harmonious relationship. That’s been one of my goals as the owner. It’s really important to be able to like where you’re at. I appreciate everyone from Stacey Teter and the front office crew to all the brokers.”

Some of the newer members are more tech savvy and have brought insight on new tools to the rest of the office.

“Having a younger staff with more enthusiasm and energy has definitely helped the more seasoned folks as well. It’s only enhanced what we have,” Johnson said.

While most of the Coldwell Banker real estate agents don’t specialize in one aspect of real estate over another, some of the agents have found areas of expertise.

One neighborhood specialist is Shirley Hunt, who lives in Coast Village and does a lot of business there. Another is Dennis Pease, who has the listing on Sandpines East, a 52-lot subdivision that will be built out over the next couple years. In addition, there is the husband-and-wife team of Mike and Wanda Johnson, who specialize in newer projects since Mike is a builder.

These specialties help while the City of Florence continues to update its housing codes related to population density, residential parking, building fees and more.

“As far as accessory dwelling units, the trend toward easing of lot coverage, setbacks and that sort of thing towards more dense housing, we’re tuned into it,” Johnson said. “We’re just in the beginning stages of really seeing some of those things in place. There have been a few around the city that have been noticeable, and I’m sure there will be more. … There’s a lot of buzz about smaller homes, but we have yet to really see any on the ground.”

Johnson said the average size of a home sold in Florence is 1,500 square feet. Accessory dwelling units seek to add secondary homes to residential lots to increase the availability of living-wage rentals in the area.

Meanwhile, home prices haven’t spike like they did in the mid-2000s but have continued a stair-stepped trend.

“Pricing right now is higher than a lot of people would like, because they feel like they can’t afford a house,” Johnson said. “It is hard to buy, whether you’re a veteran using the VA loan as a young person just out of the military, or a first-time homebuyer as somebody with a good job. It’s still a struggle to be able to qualify financially and have good credit to be able to buy a home. Then, what they’re trying to buy often is limited in supply. It’s kind of a perfect storm of difficulties for that purchase.”

He said he hopes that numbers will improve for people so they can buy homes and stay in them. It would encourage more of the area’s youth to move back to Florence, something that is important to Johnson as a father. He and Lori have three sons together. One son is in medical school, one is still in middle school, and one, Sam, is on his way back to Florence to both be a math teacher and the head football coach for Siuslaw High School.

“It’s really cool to see someone who was born and raised here, grew up here … went off to college and decided to come back. He is now pursuing a career, which is neat and pretty rare,” Johnson said. “In just the short time since he was hired as the math teacher and the football coach, there’s a real outpouring of community support. He’s someone who was fairly well-known in the community and is now taking on a big challenge —not only teaching, but coaching a program that once was great but recently hasn’t been. It will be a big chore.”

All of the Coldwell Banker staff members are equally plugged into the community. From membership in Rotary International of Florence, participating in church functions or volunteering with the area’s nonprofits, feeling at home in a community means giving back.

“Everybody reaches out and does their own thing, whether it’s a church group, Elks or other organization. The volunteer community really drives Florence,” Johnson said.

The company itself is a premier sponsor of Habitat for Humanity.

Coldwell Banker associates Aric Sneddon, Alice Sichting-Burns and JeriLyn McCullough all work for the Habitat for Humanity board, “so they’ve been instrumental on the new Habitat house on Seventh and Kingwood streets,” Johnson said. “I helped paint over there one day and it’s pretty neat to see all the volunteers that come together on that.”

The entire southern entry into the City of Florence is doing well, especially with Florence City Hall’s recently completed remodel, Dairy Queen’s exterior upgrades and the Old Town Inn’s consistent good reviews. Even the ReVision Florence Streetscaping Project on Highways 101 and 126 “will be really good for us,” Johnson said.

“When you’re right in the middle of it, it is hard to visualize. But it will definitely be positive overall,” he added. “If you look up and down the highway, you see either cities and towns that are dying, or they are progressing. This shows a real infrastructure investment for the future.”

In the meantime, Coldwell Banker Coast Real Estate continues to equip its staff to help the people of Florence find their perfect homes.

“It’s a really good group. The people we’ve hired here recently especially have brought a real spark to the business,” Johnson said. “Sixty-three years in business requires some innovation and some change. Everything can’t stay the same. That’s been a big focus as well, but I’m pleased.”

For more information on Coldwell Banker Coast Real Estate and listings in the Florence area, visit www.cbcoast.com or stop by the office at 100 Highway 101 in Florence. 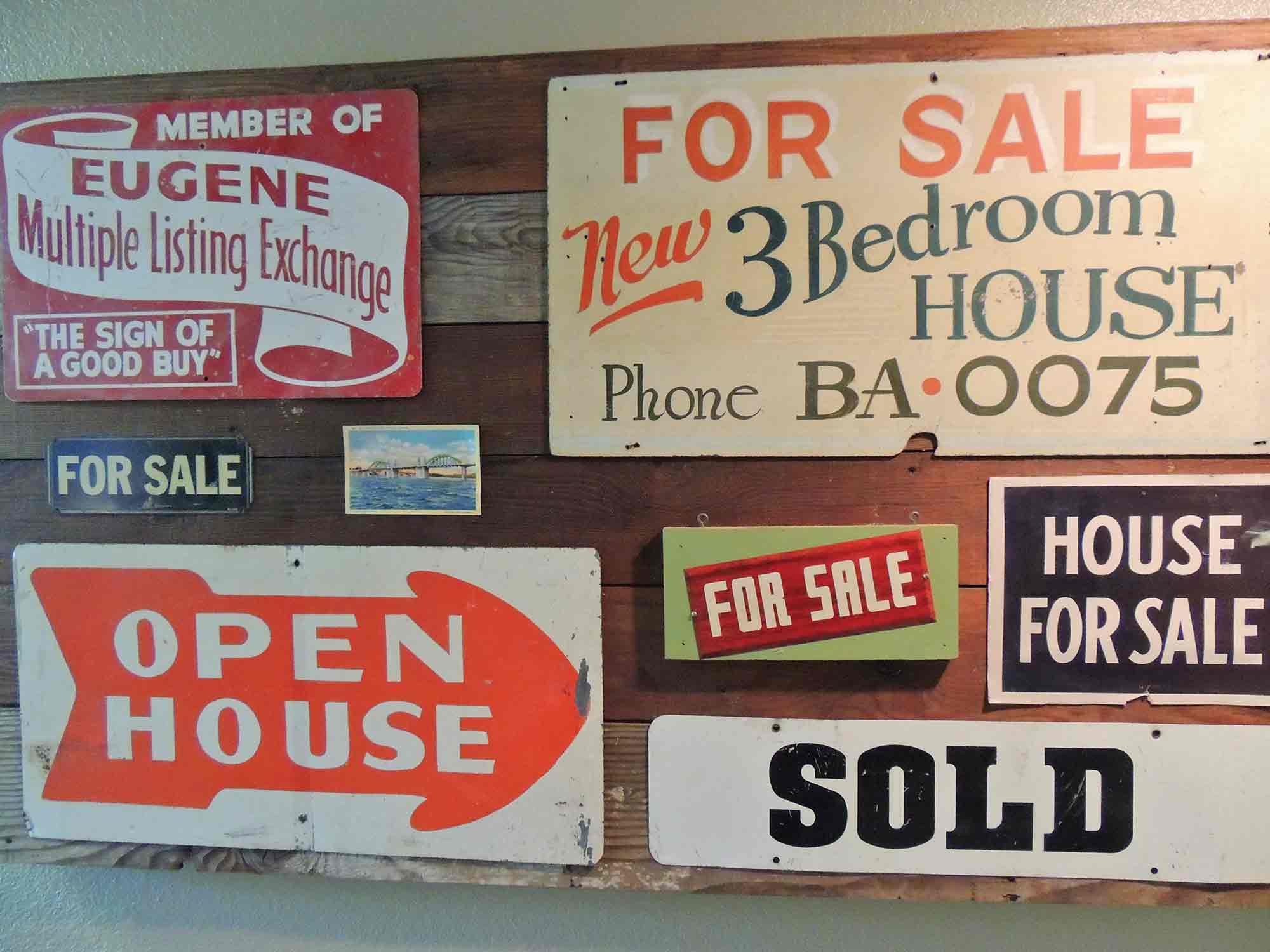 From millwork to museums, Del Phelps knows the Siuslaw region