Only Rainier ahead of the Viks in the standings

Jan. 25, 2023 (Florence) - The Siuslaw cheerleading team took a break from rooting for the other Viking athletic teams and got competitive themselves when they competed at the Gladiator Cheer Challenge on Jan. 15 at Gladstone.

Down one cheerleader due to injury, the Viks knew this competition would be like its name said — a challenge.

Based on their performance, they were up for it.

The team finished second overall with only Rainier ahead of the Viks in the standings.

“This team pushed through all the difficulties this week, brought and performed our best,” said Siuslaw head coach Teri Straley.

This being the team’s first competition of the season, both the coaches and their squad were a little unsure about what to expect. They were pleased by the performance they saw.

“Both Coach Desteny [Straley] and I are proud of this team despite being nervous about our first competition. We can't wait to see them improve and grow so much more,” Straley said after the event.

Competitions like this one give high school cheer teams like the Vikings the rare chance to see the routines of cheer teams from all over Oregon.

“The Gladstone competition was so fun,” said senior captain Gillian Norton. “I always enjoy watching all the cheer teams perform. It was such a great experience for our competition cheer team.” 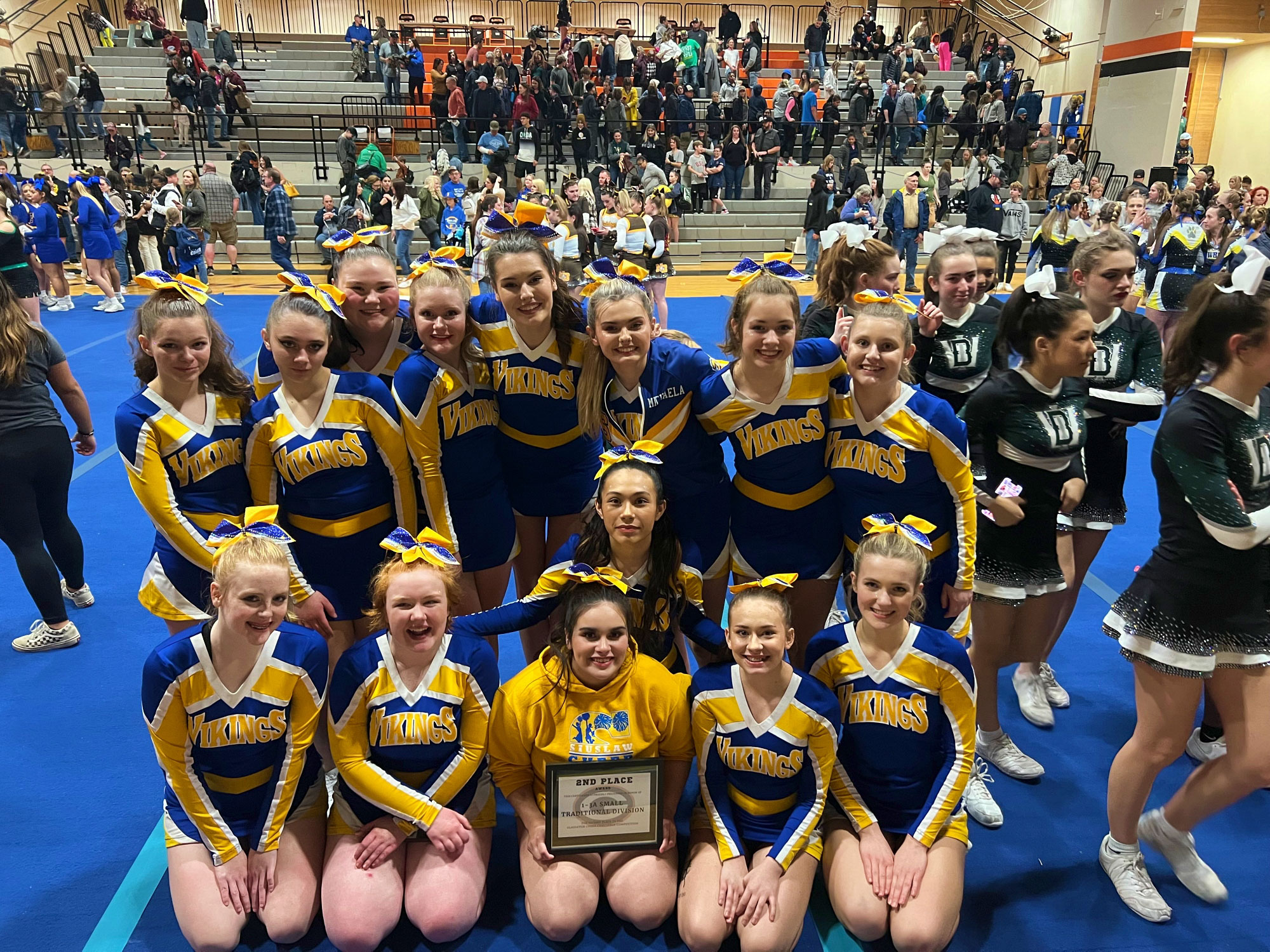 This was the first competition of the year for some of the recent additions to the cheer team, so simply getting the opportunity to cheer in a competitive setting made the event invaluable for the SHS cheer team’s development.

“This was a learning experience for all of us, especially for our new members,” said sophomore co-captain Claire Lindell.

After their success at Gladstone, Siuslaw is continuing to practice hard. The Vikings hope to take the momentum they generated at the Gladiator Cheer Challenge and continue that success at their next event — the Orange and Black Cheer Challenge at Roseburg High on Jan. 28.

“We are working even harder for Roseburg, and we are excited to continue our competition season,” said another co-caption, junior Ally Contreras.

The Vikings will compete at both events.

The cheerleaders that make up the SHS squad look to those two events with great anticipation, as it will be their opportunity to test their skills against the best cheerleading teams in the state.

“I'm excited for the championships and to see how far our team will go,” said co-captain sophomore Ashyln Hart, who likely summed up the feelings of her teammates.

Your next chance to see the Viking cheerleading team in action will be this Friday, Jan 27, at Glenn Butler Court when they cheer on the Siuslaw basketball teams for two games against Sisters.

Girls will open the evening with a 6 p.m. tip-off.

Viks volleyball on a roll