Oct. 30, 2019 — The Siuslaw High School royalty shot off their ceremonial “cannons” during the homecoming football game Friday night, with Faith Anderson and Hayden Burns named homecoming Queen and King. The princes and princesses lined up to have their current favorite classes and future plans in front of a packed stadium during the Viks’ last home game of the regular season.

King Hayden Burns is a junior who plans to work in the criminal justice field when he graduates, but right now enjoys basketball and spending time with friends, particularly Queen Faith Anderson.

Anderson has been attending Siuslaw schools since preschool, and her current favorite subject is psychology, though she plans to go into radiology when she graduates.

Senior prince Luke Olson is a fisherman who loves mushroom hunting and just about anything else outdoors. He said he has absolutely no idea what’s going to happen after school and is just focusing on enjoying his time here.

Princess Chloe Madden is a four-year varsity athlete in cross country. She wants to go into mechanical engineering, but it’s a toss-up as to what school she’s going to attend between Oregon State University (OSU) or Oregon Institute of Technology.

The sophomores were actually absent during the Friday night lineup, with Princess Graci Immel off scaring small children at the CROW Haunted Maze.

Her favorite subject is Honors English and loves to write and dance in her free time. She wants to become a psychiatric nurse in the future.

Price Camp Lacouture is a football player who was in a locker room huddle during the lineup. His favorite class is math, though he’s not a fan of the homework. He plans on attending a church mission, followed by going to Brigham Young University, major unknown.

Freshman Prince Odin Smith was with Lacouture planning the second half of the game. The football player also loves basketball and track, and plans to attend community college where he’ll most likely figure out what he wants to do with the rest of his life and go on to a four-year university.

Princess Sunshine Armer was on hand to greet the crowds. She loves anything to do with the outdoors, especially playing softball.

She plans to go to Oregon State University for a degree in the medical field. 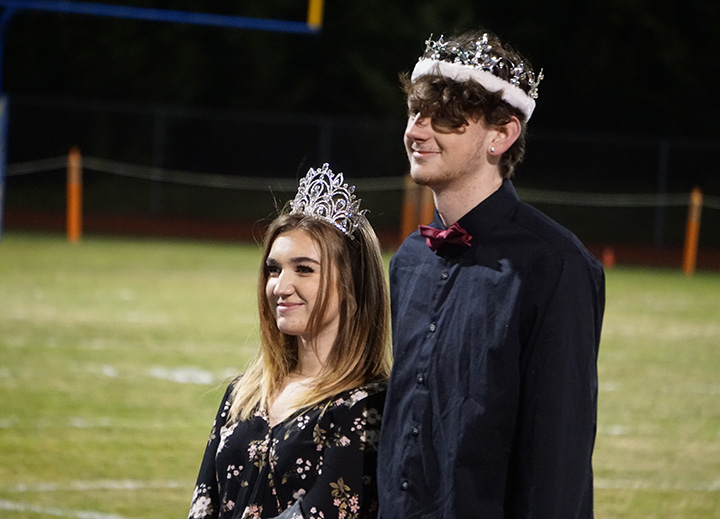 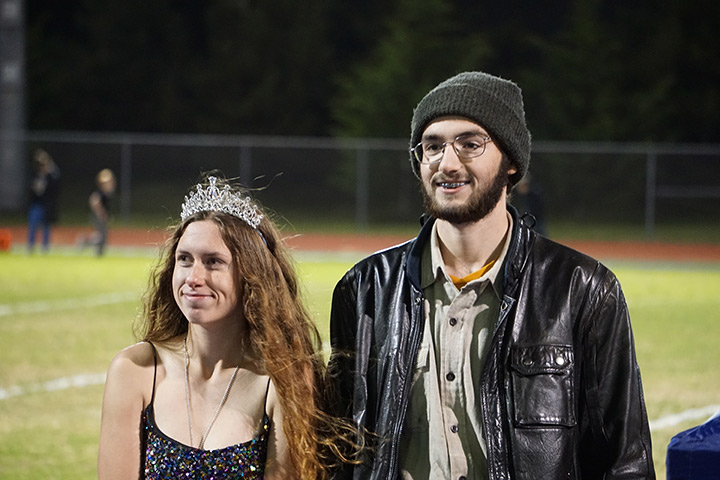 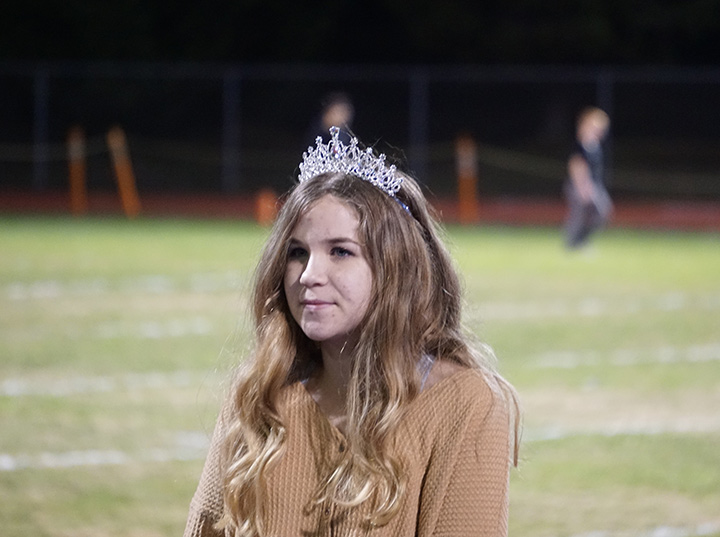 Vik football to remain 3A through 2021