It was during the first set against Crow that the Mapleton volleyball team showed what’s known as “Sailor pride.”

Oct. 12, 2019 — It was during the first set against Crow that the Mapleton volleyball team showed what’s known as “Sailor pride.”

The Sailors had scored 7 points in the set, while Crow was sitting on a healthy lead in the 23. The volley that ensued was long, with each team aggressively going for the ball. There was a moment when two Sailors dove for the same ball, knocking into each other as it went flying into the net.

They lost the point as Crow the Cougars kept up their assault on the Sailors. But Mapleton was far from demoralized. In fact, the two players stood up, cheered, laughed and clapped — They were having a blast.

It was coming up on 9 p.m. The Sailors had been around the gym since 4 p.m., when they played a close game against Oak Hill, forcing the second set past 25 and winning the third outright.

That game had started later than anticipated. By the time Mapleton faced off against Crow, it was clear that everyone was tired — except for the Sailors. Every point was a celebration, every well-fought loss received high-fives. After the first-set sweep by Crow, the Sailors fought back with a close second set with a loss of only five points. Even in the third set where they lost 25-17, the Sailors were cheering up to the last minute.

Coach Molly Dooley looked at the players throughout the game, smiling and clapping.

“It was a good game,” she said afterwards, reflecting on the season that is winding down to its end. Ranked 68th out of 70, the Sailors chances of playoffs are gone, and only one home game left this Thursday before the season closes out.

“I can’t believe it went by that fast,” she said, packing up all the equipment after the crowds had left. The gym was empty by the time she sat down to talk about the team, which was never expected to take state. It’s a young team with, both in age and experience; Darleena Bender is the only senior on the roster. Dooley said the goal of this season wasn’t to dominate the opponents, but allow the players time to learn the game, along with a healthy dose of teamwork.

Dooley went over each of the players, talking about how they grew throughout the season.

Freshman Kiana Moody is “a good power hitter,” Dooley said. “She’s a young freshman, but she’s starting to come into her own with especially hitting and blocking. She can get super high above the net.”

The team’s other freshman, Emily Neece, has “improved so much. She’s very quiet and kind. But she’s getting to want the ball a little more which is awesome.”

Also improving is sophomore Micayla Flansberg, a new player who “wants to get in there more. Before, she was a little bit hesitant about getting into the game.”

Fellow sophomore Opal Burrus “is another younger one. She’s really starting to come into her own, especially in the last few games,” said Dooley. “I’ve had her playing front row when she’s usually not playing front row. Tonight, she got a few hits that I did not think were going to happen.”

Dooley smiled when asked about sophomore Roni Granger. “She’s a consistent server. She can be one of our hardest servers.”

Another sophomore, Brier Shird, is new to the sport but has been shining on the court, Dooley said. “She was one of those one’s who was like, ‘I don’t know if I want to go in.’ Now she wants to go in all the time, saying, ‘Can I please serve?’”

Summer Flansberg, also a sophomore, is fearless about hitting the floor, Dooley said. “She is one of the ones I can count on either getting on the floor or getting the ball. She does not let it drop in front of her.”

And according to Dooley, sophomore Jahala Blake is getting a lot more confident at the net. “That girl, she really likes to get the blocks. It’s so funny, when she gets a block, she gets so excited about it,” said Dooley.

Emily Stevens, one of four juniors and a returning this season who also acts as team captain, is one of the team’s more experiences players. “She’s played all three years here for us,” said Dooley. “She’s one of those ones who will come flying from the back row and land on her stomach in the front row and get the ball up when you don’t expect it to get up. She’s one of those ones who works hard and will put it all out there to get the ball.”

Junior Briena Jensen, also a team captain, has been out the past week with a concussion. “She is one of those people who is definitely a setter. She’ll go for every single ball that she needs to. She’ll get the ball up. She’s also a very consistent server,” Dooley said, “which is always great to have. Sometimes she’ll bring out a jump serve, which is nice to throw in the mix sometimes.”

Also out with a concussion is junior Jozzy Roby. “She will hit the floor and get the ball. I can count on her to be the one to get the pass up and make it playable,” said Dooley

Heather Wierichs, another junior, is new to Mapleton and comes from Willamette. “I also believe this is her first-ever year playing volleyball. She’s actually a basketball player. She’s improved so much and is starting to get really dominate in that front row. She’s a great addition to the team,” said Dooley.

Lastly, there’s the team’s lone senior, Bender. “She is improving so much in the back row. She is getting so many more passes. Her serves are pretty killer, too,” Dooley said. “They’re the ones that just goes over the net, and you’re like, ‘Yes!’”

When asked what her favorite memories of the season has been, Dooley laughed at being put on the spot — It was a long day and she wanted to think on it a bit. So, the next morning, she wrote the following thoughts in an email to the Siuslaw News.

“Here are some of my favorite team memories that keep popping into my head:

• When we got Abby’s pizza after the UVC tourney and the entire team was playing the claw machine together.

• The win against Oak Hill at Crow. We played as a team and won in four sets.

• When we played music and made tacos for team dinner.

• When we all made brunch before the games one Saturday.

• The way we played against Triangle Lake and how we were able to get some awesome plays and have a great team attitude.”

The Sailors will be at Alsea on Tuesday before hosting Eddyville for senior night next Thursday, Oct. 17. First serve for both matches is at 6 p.m. 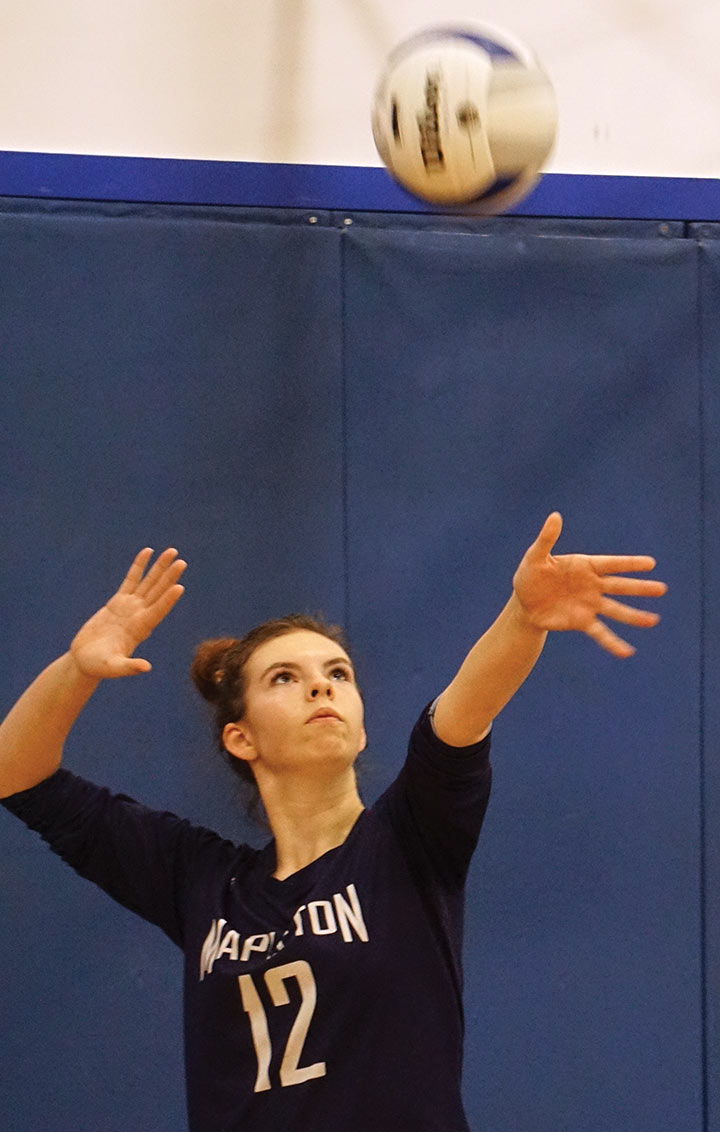