The 2018 Rhody Courts joined in a group hug on stage Thursday night as they congratulated King of the Coast Trent Reavis and Queen Rhododendra Lainey Goss. More than 330 people attended the Rhody Court Coronation at the Florence Events Center.

Reavis, along with Prince Colby Waters, made up the Senior Prince Court. Reavis is only the fourth King of the Coast since 2014, and he follows proudly in the footsteps of his family members who have previously been crowned queen.

The entire Senior Court were seniors at Siuslaw High School this year. They graduate in June.

The 2018 Rhododendron Festival features the theme “Rhody Rendezvous,” and this theme permeated the evening.

Past Queen Rhododendra Kay Robertson said that Rhody Days has come “full circle for her” as she returned to judge this year’s Coronation.

“It’s really awesome to see the whole community come together for this weekend, and to see the youth and the talent. Everybody comes together to make a really beautiful celebration,” she said.

“It is unbelievable what this town can do in one week,” said Pearson. “The town explodes in a really good way — kind of like the rhododendrons coming out this year.”

Several community members and businesses joined together to adorn the event center’s stage with rhododendrons. Gene Cochran again provided rhododendrons for Queen Rhododendra’s bouquet, which were then arranged by Gary and Sharon Cargill of Florence in Bloom, and Bones Nursery created the living rhododendron stage arrangements.

More rhododendrons will continue to be in view for a couple more weeks, as the flowers are in full bloom in the Florence area. The best of these will be on display at the American Rhododendron Society’s Rhododendron Flower Show Saturday and Sunday at the Florence Events Center. In addition, rhododendrons are the star of the show during the Florence Area Chamber of Commerce’s Rhody Days Grand Floral Parade on Sunday.

Goss, Reavis and their court will also be in the parade on a float designed by Oregon Pacific Bank and Banner Bank.

During the Coronation, the Rhody Court first took the stage during “Thunder,” performed by CROW’s (Children’s Repertory of Oregon Workshops) Flight Dance Team. The rumbling music matched the entrance of Ned Hickson on his custom 1983 Honda Shadow 750 — specifically chosen to match the chamber’s “Rhody Rendezvous” logo. He was joined by his wife Alicia and the pair provided banter as the event’s masters of ceremony.

The pair introduced each prince and princess before beginning the talent portion of the evening.

Gentry began with a ballet. She said it was her first year dancing again after a several-year hiatus and that she feels comfortable on stage, but only when she’s dancing.

Next, Goss read a poem she wrote about living on the coast while the screen behind her showed a fast motion video of her as she painted a watercolor sunset.

Reavis performed next, saying he chose to dance in order to make people laugh. He picked a variety of styles to rock out to onstage, including many fan favorites.

Sanchez followed with a vocal rendition of “Feeling Good” — saying it perfectly embodies how she feels being on the court and getting ready to move onto college.

Next, VanWinkle took a look at the “Man in the Mirror” as she used American Sign Language to sing, dance and bring the song and its meaning to life.

Waters stepped out next, running a slideshow of important personal photos while he played an original song on keyboard.

Finally, Saindon wrapped up the talents with a new skill, ukulele, accompanying her version of “I’m Yours.” She said she tries to embody emotion every time she comes on stage, in honor of important people in her life.

The Hicksons invited the Junior Court back to stage with their guardians. Ned asked the young princesses a variety of questions about their families and their experiences on the court.

Then, during the formal wear portion of the evening, mentors and parental figures escorted the Senior Court across the stage. The young men wore matching fitted suits with blue velvet jackets while the young women wore long gowns and high heels in a variety of styles.

According to Alicia, there were four components of the selection of this year’s Rhody Rulers. Talent, poise, participation and button sales contributed to the final scores. She then tested their poise by asking each court member one interview question.

Poise was again in the spotlight at the conclusion of the evening as 2017 Queen Rhododendra Claire Waggoner took her final walk as queen. She gave an update on the past year and her future plans, which gave the judges time to complete their scorecards and turn them in to the event’s accountants, Bill and Cindy Grable.

While the points were tallied, Flight returned for its final performance of the season, a spectacular number called “Sand.” The group holds auditions for its new season in June.

The Senior Court held hands across the stage as the students waited for the announcement.

Waggoner first crowned Reavis and then Goss as the reigning rhody royalty.

Along with their titles, which they will hold for the next year, the king and queen won the main Rhody Court Scholarships, while the other Senior Court members received a smaller scholarship.

“We would like to acknowledge that this evening would not be possible without the Florence Area Chamber of Commerce and the time, efforts and talent of the Rhododendron Court Committee,” Ned said.

U.S. Coast Guard Station Siuslaw River presented the colors at the start of the evening.

The Rhododendron Festival is sponsored by the Florence Area Chamber of Commerce, its underwriters Driftwood Shores Resort, Korando Dental Group, Three Rivers Casino Resort and TR Hunter and its distinguished sponsors. In addition, businesses sponsored each member of the Junior and Senior Courts.

“The Rhododendron Festival kind of takes on a life of its own,” Ned said. “What I love about the Rhododendron Court, and particularly our festival’s coronation ceremony, is that it's something that ours as a community — it brings us all together to kick off a weekend before we welcome the rest of the world to enjoy Florence. While it’s certainly an event that is a part of Rhody weekend, the coronation is uniquely ours. And that makes it special."

In honor of “Rhody Rendezvous,” the Rhody Courts will make several appearances during this weekend’s festival, including at Saturday morning’s Rhody Run and noon Junior Parade.

For more information about the Rhododendron Festival, check out the calendar of events or visit florencechamber.com. 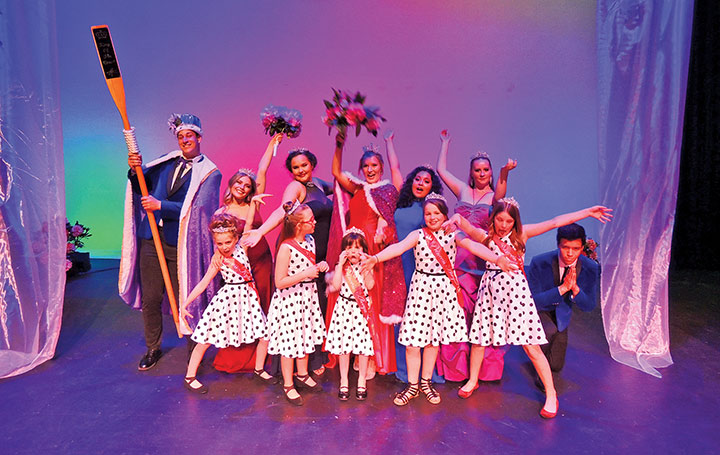 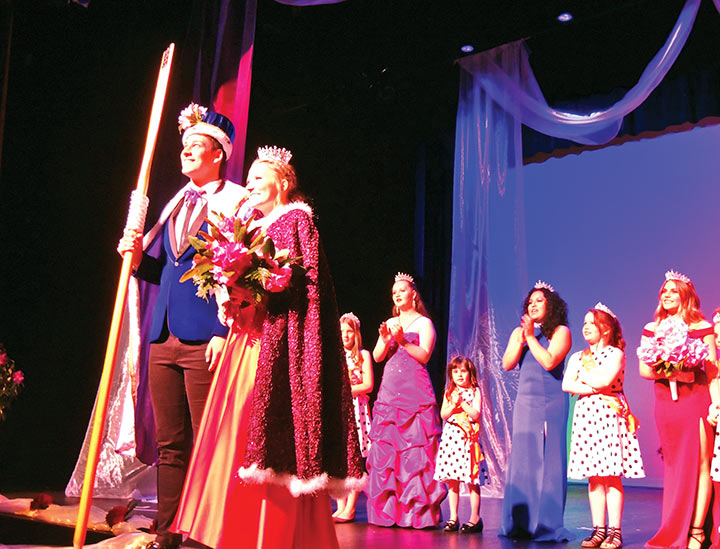