Dec. 3, 2019 — This year, in addition to the traditional merry tunes about chestnuts roasting, decking the halls and reindeer flying, a new holiday song is coming to the airwaves around Oregon and across the world. Florence resident 15-year-old Nyah Vollmar debuted her new song, “Maybe It’s a Christmas Song,” on Thanksgiving Day, offering it for free download throughout the holiday season.

“Honestly, the song is a question,” Nyah said. “We came up with that title because the song is one giant question. Maybe. It’s a hope; could you keep me warm? It’s about loyalty and comfort. Will you be here, will you stay by my side, do you care?”

In the middle of a busy weekend singing the National Anthem for the University of Oregon Ducks and performing for Oregon Coast Military Museum’s Festival of Trees Gala of Giving at Florence Events Center, Nyah and her mother Marijo paused to enjoy tea and scones at Lovejoy’s Restaurant and Tearoom and talk about the musical journey that led to the release of the single. 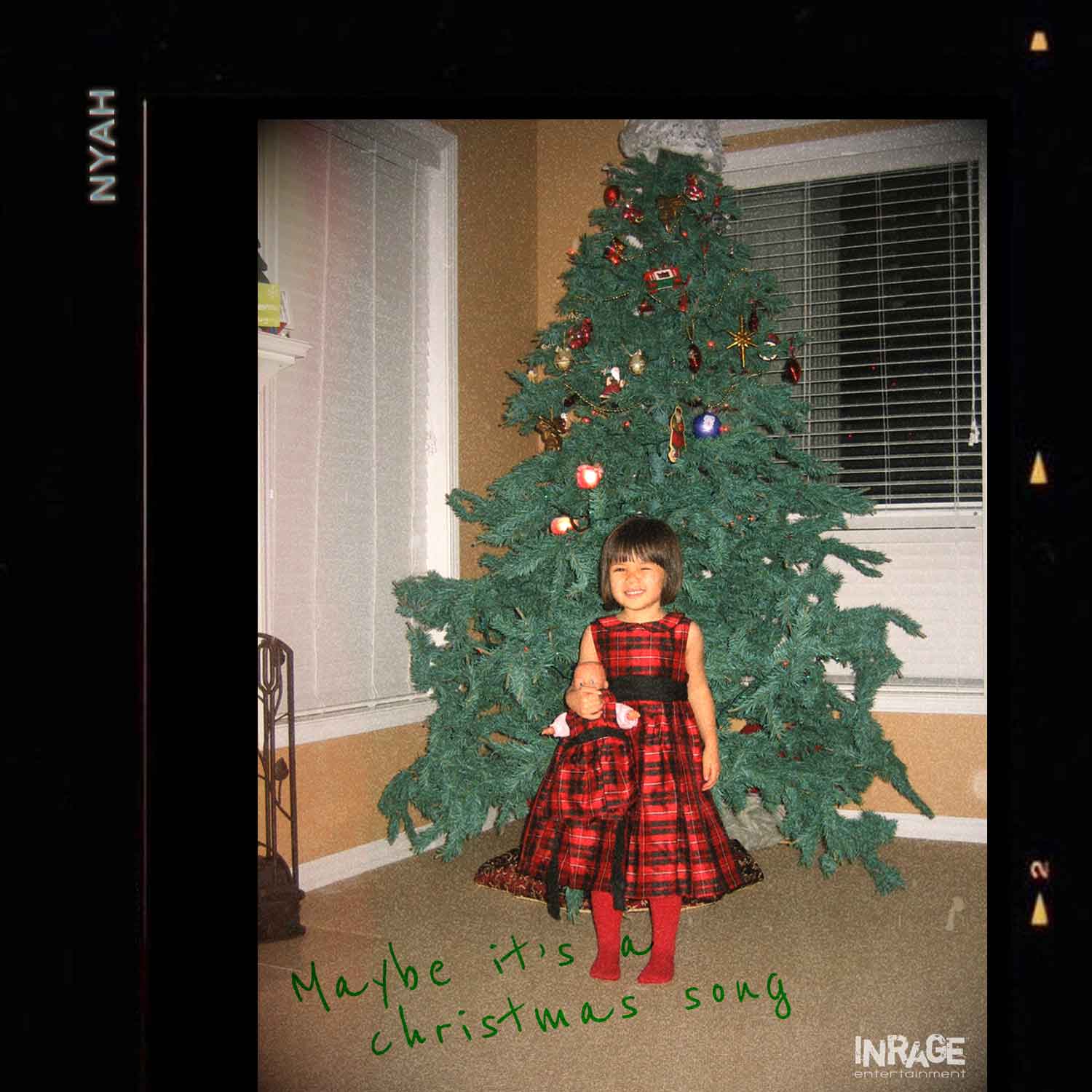 “The idea was to have the song available for free on Nyah’s webpage,” said Marijo, who, along with her husband Scott, manages the young artist’s career, webpage and social media. “This way, people who may not have had access to Nyah’s music before can find it in the form of a Christmas song. To get more people interested, we decided to do the contest.”

Through 11:59 p.m. on New Year’s Eve, people can go to www.nyahtheunicorn.com to download the song for free. At that time, they will also be entered into a drawing for a pair of Apple AirPods Pro. The song will be available for purchase after Jan. 1.

Marijo added, “It’s been getting good responses. Not just from America, too; we’ve already had a radio station, albeit small, in the UK who reached out to us and said they put it on their Christmas rotation. It’s fun to know it’s not just here in Florence or Oregon. It’s nice to see that there is appeal worldwide.”

Many Florence residents know Nyah through her acting roles on stage and various vocal performances. One year ago, the singer invited the community to join her in filming the music video for “Empty Spaces,” her first single, at the Port of Siuslaw Boardwalk and elsewhere around Florence. The song debuted at a launch party at Florence Events Center.

In the first quarter of 2020, InRage Entertainment, based in Los Angeles, Calif., will release Nyah’s first EP.

Led by husband-and-wife duo Bruce “Automatic” and Ebony Rae Vanderveer, the production company has a focus not only on signed artists but artists in development. Nyah was the first artist in development from out of California who signed with them.

Ebony said, “In the last year, we’ve gotten to know Nyah as a person and as an artist, as well as her family. She’s in fast development. She’s growing as a person, learning who she is, and she’s growing musically and creatively.”

Nyah wrote “Maybe It’s a Christmas Song” last year and hadn’t intended to do much with it.

“I write all the time,” she said. “I wrote the song last year, just kinda for fun. Then my dad said, ‘You know, Christmas songs are a thing,’ and I was like, I have one! I never intended to release this one, but I’m glad I did.”

Nyah said Scott took video of her sitting in the living room, playing her ukulele and singing, and then sent it on to InRage.

When Ebony heard it, she saw there was something there. “Nyah felt good with the song, so we worked on it together. Then Automatic produced it. It was a fun little project.”

The production team told Nyah that she would play the ukulele in the song, and included the instrument on the final cut.

“I was surprised when they said they wanted it,” she said, since she is self-taught and still learning chords on guitar and ukulele.

According to Ebony, “Nyah is one of those people who picks up on things. Some of the chords she played were hard, but she pulled it off. Then again, she can pull everything off.”

Automatic added Christmas embellishments, layered Nyah as her own backup vocals and produced the final song.

Then, InRage worked with the Vollmars to pick album art.

Nyah said she “just found” the photo they used on the cover, an image of her as a young girl in a festive dress by a towering Christmas tree.

Marijo explained, “It’s always a team effort. Really, it’s one of the reasons why InRage is so fun, because they’re always asking her, not telling her. They asked her what she was thinking, and … they thought it would be neat for people to see Nyah really little.”

The production team looked at a variety of the Vollmars’ photos before settling on this one.

“I had forgotten about that picture,” Marijo said. “She’s holding a little baby doll in a matching outfit, and she’s winking at the camera. I don’t know why we don’t have that one up in a frame.”

People who want to hear Nyah perform have several options in December. The first is Friday, Dec. 13, at Mindpower Gallery’s holiday reception from 5 to 7 p.m. at 417 Fir Ave. in Reedsport.

She follows this on Dec. 14 from 5 to 6 p.m. at the Victorian Christmas Open House at Heceta Lightkeeper’s House. She will perform with guitarist Marco Peña.

In addition, Nyah is the featured artist on several local radio stations. On Dec. 4, people can listen to her interview on KXCR 90.7 FM at 4 p.m., or stream the channel on kxcr.net.

In Part II, hear about Nyah’s songwriting process, what influences her and what comes next.