“With songs like ‘Honey Honey,’ ‘Money, Money, Money’ and ‘Gimme Gimme,’ it sounds like a house full of toddlers — or my teenagers,” said pianist Rhianna Haines.

To round out the complete sound of ABBA’s music, and best complement the cast, Last Resort Players has recruited a diverse group of musicians to be in the orchestra.

Denny Weaver will be on guitar, Marc Sharbowski will be percussionist and Mike Swain will play drums.

“Mamma Mia!” Music Director Pat Sapp will conduct, saying, “My guess is we’re going to sound better than when ABBA did it.”

According to Producer Dave Hansen, “Our musicians are as important as anyone on stage. This show would not work without live music.”

Finding rehearsal space for so many musicians has been a struggle, so “Mamma Mia!” producers Hansen and Paula Burnette stepped in to allow rehearsals at their house. It’s one more way that the show is getting under the skin of the performers and all the people involved in putting the show on. 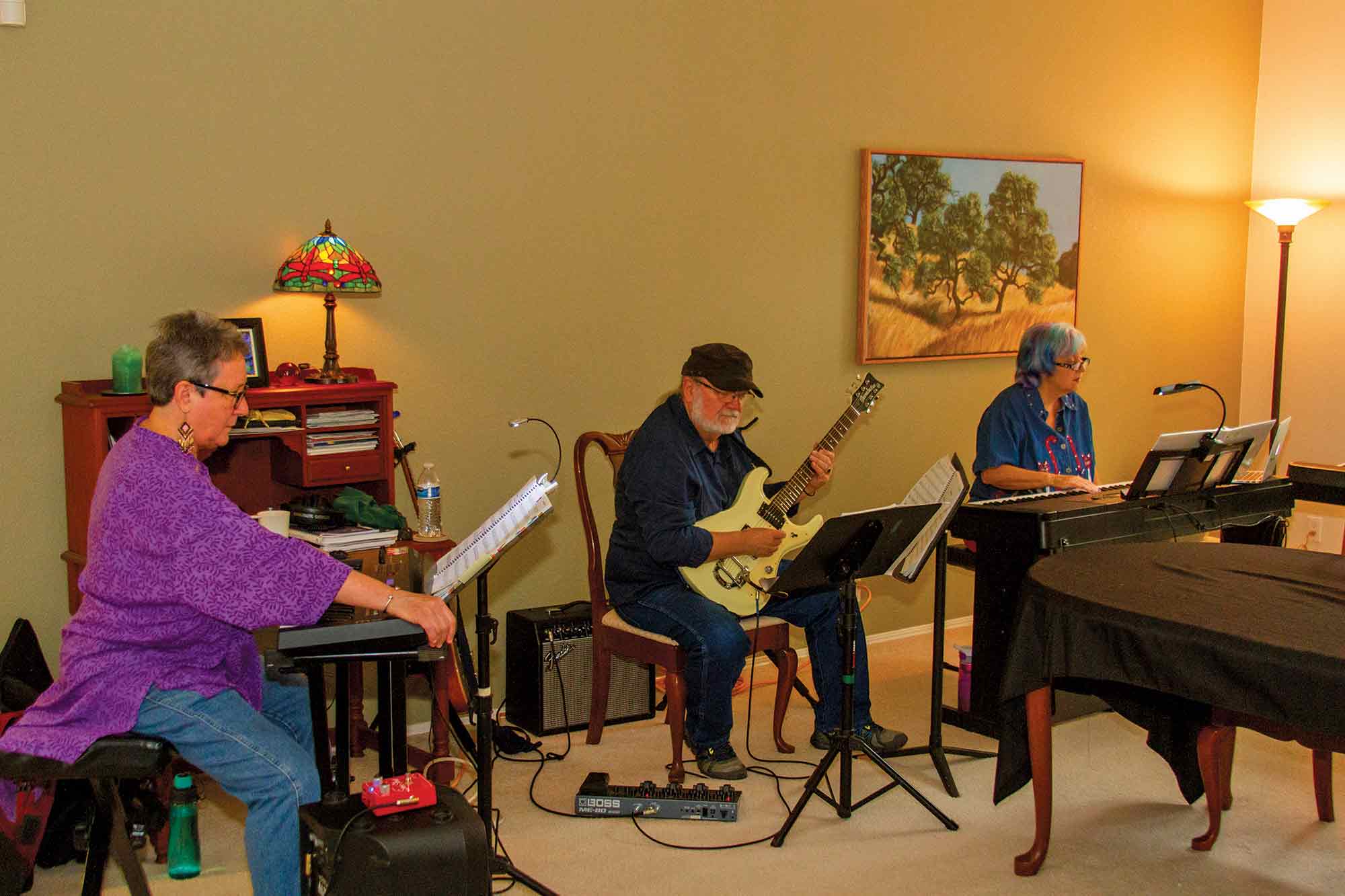 “There’s a lot of stuff that has to go on for a show like this,” said Hansen. “It’s a lot of balance — and that’s not just the sound levels.”

“It’s a new experience for all of us,” Haines said. “I’ve never played with this many pianists in the same room.”

The cast is rehearsing nearly every day as Last Resort Players gets ready for “Mamma Mia!,” with choreography now in place. Local dance instructor and youth theater advocate Melanie Heard stepped in to arrange the dance numbers.

“You should hear the ensemble,” said Burnette. “They’ve been running through their songs and I want to explode with excitement.”

Additional information is available at www.lrpproductions.org. 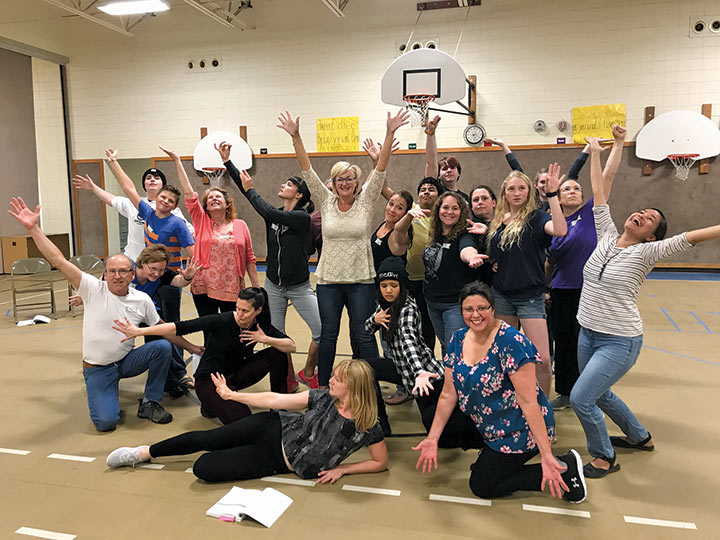 “Money, Money, Money” gets choreography as the show’s music, acting and dancing come together.