Ship Aquarius sinks with owners Amber and Kyle Novelli aboard

July 1, 2020 — Florence is mourning the loss of Amber and Kyle Novelli, owners and operators of Novelli’s Crab and Seafood, who passed away Monday morning as their ship Aquarius sank off of South Jetty Beach Monday morning.

“With a heavy heart I am saddened to inform the many award-winning crab chowder followers of the passing of Kyle and Amber Novelli,” a family member posted on the business’s Facebook page. “Sharing their love of crabbing was always their dream. Their personalities will forever leave a lasting impression on anyone who met them. In the spirit of my mother, I will be selling what’s left of our cooked crab and then we’ll be closing the shop for the foreseeable future.”

The family asked the community to keep the family in their thoughts and prayers.

Soon after the post was made, Novelli’s opened once more at its location on the Port of Siuslaw docks in Historic Old Town Florence to serve the last pot of chowder as community members gathered to share their regards and memories.

At 1:50 a.m. on June 29, United States Coast Guard (USCG) watchstanders at Sector North Bend received a distress call from the Aquarius, which had struck the south jetty and was taking on water. Three were on board — Amber, Kyle and one unnamed individual.

According to USCG, conditions on the scene were 6- to 8-foot seas, with occasional 10-foot waves breaking the bar.

A rescue helicopter crew left from Newport and arrived at the scene at 2:50 a.m., where crews from two USCG stations — Siuslaw River and Umpqua River — were already searching the scene. They were assisted by first responders from Siuslaw Valley Fire and Rescue and Western Lane Ambulance, who combed the shores for survivors.

The unnamed crew member was found responsive and was able to confirm that Amber and Kyle were aboard the Aquarius when it sank.

“The helicopter crew located a second unresponsive person and hoisted them into the aircraft. They were brought to awaiting EMS at Florence Municipal Airport,” USCG reported. “At approximately 7 a.m., the final person was located. With the assistance of the helicopter rescue swimmer, the unresponsive individual was brought aboard the Station Siuslaw River boat and then brought to awaiting EMS.”

In a statement about the incident, Senior Chief Petty Officer Jay Nilles, Officer-in-Charge of Station Siuslaw River, said he was humbled by the citizens of Florence.

“Together with our partner agencies, we strive to prevent the loss of life for those who go to sea. This community is a family that embraces us, as we embrace everyone who crosses the bar for a living or to recreate on the ocean. We are reminded during these times that the ocean is unforgiving and can be a treacherous place to work and recreate. We will continue to support our community and do all we can to keep those safe who go to sea for their livelihood or pleasure.”

He stated that the loss of Amber and Kyle, whose names had not been officially released at the time, deeply saddens the community.

“We continue to stand by you in this time of need and healing. We could not continue to be strong and successful without our partnerships with Siuslaw Valley Fire Rescue and Western Lane Ambulance, who both assisted us in safely recovering one survivor from the tragic incident at sea, and getting him to a higher level of medical care at a rapid pace,” Nilles said.

For six years, the Novellis had been serving up fresh seafood at their small business located along the public docks of the Port of Siuslaw. Before they got into the industry, Kyle was a carpenter by trade, though he always loved to fish.

“I told him ‘If you love to fish and you can make money doing this, then let’s do it.’ He said yes, and so we did it,” Amber told Siuslaw News in a 2019 interview.

They would go up and down the coast fishing, driving to places like Bend, Ore., to sell their catch. But in 2014, they decided to set their anchor in Florence, opening Novelli’s at the Port of Siuslaw.

“I’ll never forget the very first day that we opened here in Florence. Mike Bones came down in his outfit from the casino and he had a group with him. They were just so welcoming. The whole town just started coming down and it was all these nice, nice people,” Amber recalled in 2019. “It’s like having a house on the water where everyone just comes to visit and it’s like everyone ends up turning into your personal friend.

“The people here are just the nicest I’ve ever met.”

Both Amber and Kyle had previously spoke of the dangers in navigating the bar.

“The bar here is the worst bar I’ve ever experienced,” Amber said last year, talking about the point where the river meets the ocean.

A year before she spoke, local retired teacher and fisherman Bruce McKibbin was found unresponsive after his boat capsized near the North Jetty.

“A majority of the boating accidents out here happen at the jetty tip, not out in the ocean. We’ve been out before where I didn’t know if we were going to make it back in,” she stated at the time.

But it was their love of family and the business that kept the Novellis going out.

Kyle agreed, saying, “I love crabbing because it’s fast-paced and we all work together.”

There is an active GoFundMe fundraiser for the Novellis and their family at www.gofundme.com/f/amber-amp-kyle-novellis-fundraiser. As of Tuesday, the amount raised had surpassed the $20,000 goal.

On the page, Amber’s son D.J. Reynolds posted, “Thank you everyone for keeping our family in thoughts and prayers. It just shows us how impactful Kyle and Amber were to our tiny community. We can’t express how much it’s meant to us.” 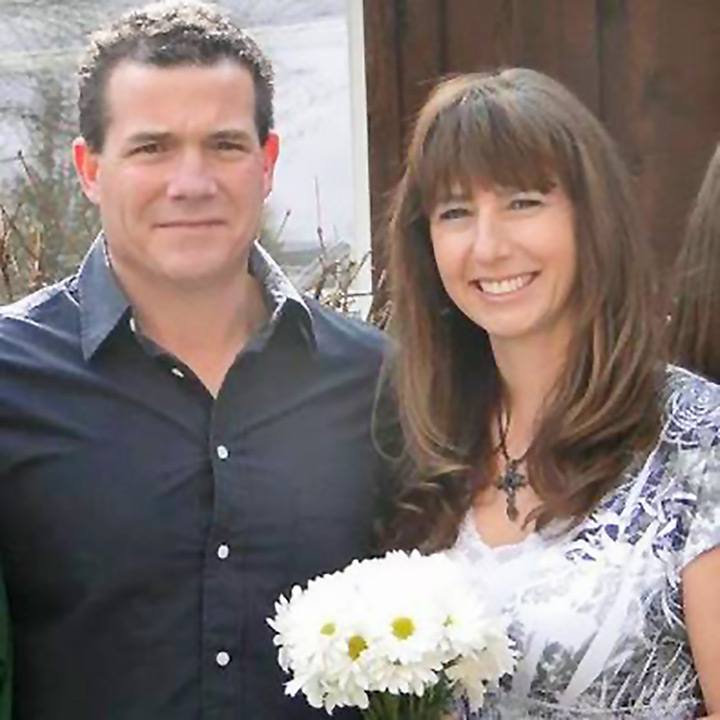