Nov. 27, 2019 — The 19th annual Pounding, a food and cash fundraiser for the Florence Food Share, smashed records this past Saturday as the community donated a record 23,410 pounds of food, almost 10,000 pounds over the previous year. On the cash front, nearly $30,000 was donated, with the majority coming in the form of a local business match from Top Hydraulics.

The donations were particularly important this year as the food share had been experiencing a shortage in its pantries due to a lack of drivers in Eugene and a slow-down in individual donations.

“I am so grateful and just a little overwhelmed at the response from my community this year,” said Cindy Wobbe, who began the annual event 19 years ago to help raise food for the winter months. “When we hit 4,000 pounds at just 40 minutes in, I knew I was going to need more coffee!”

Florence Food Share Executive Director Janet Engle recalled, “I remember looking at my watch and going, ‘Wow, it’s not even noon yet.’ There were just rows and rows of carts.”

There was a brief lull midway through, but then the last hour brought a flood of donations.

“People just kept coming in,” Engle said. “And some people didn’t even know it was going on. They just got the orange slips saying what we needed. The people at Grocery Outlet, I cannot say enough about them. One guy must have moved hundreds of turkeys into the freezer section.”

Grocery Outlet cashiers made sure to ask all customers if they wanted to donate a turkey for the fundraiser.

“We were trying to do a big thing for next year, 20,000 pounds for the 20th anniversary, but we’re not going backwards next year,” Engle said.

And the donations will be necessary, Wobbe pointed out. The food doesn’t last long.

“As amazing as it is to see the shelves absolutely stuffed, it’s sobering to realize how quickly all those boxes and cans will fly off the shelves,” she said.

On the cash front, the fundraiser initially brought in $5,779, but a check for an additional $500 was brought in the next day.

The largest donation is coming from Klaus and Maria Witt, owners of Top Hydraulics. They vowed to donate $1 for every pound donated during the event.

“The Food Share Pounding resulted in 23,410 pounds of food donations collected, which we are delighted to match with a $23,410 cash donation,” Klaus told the Siuslaw News. “We feel very blessed for living in this generous and caring community!”

“I just hope people realize what Cindy started, what she created,” Engle said. “She’s up for year 20, and it’s pretty amazing. It started so small. The first year just 1,200 pounds came in. It’s amazing how one person can make such a difference in this community. And then with Klaus, the two of them. … Just wow.”

Wobbe had equal praise for the staff and volunteers of the Florence Food Share.

“An event like this cannot happen without a lot of volunteers working in every direction,” she said. “We had people working the scales, sorting and packing the boxes, loading and unloading the truck, greeters and cashiers and runners and shopping helpers. It was exciting to watch and fun to be a part of. At the end of the day, we got the job done together and made a miracle happen.” 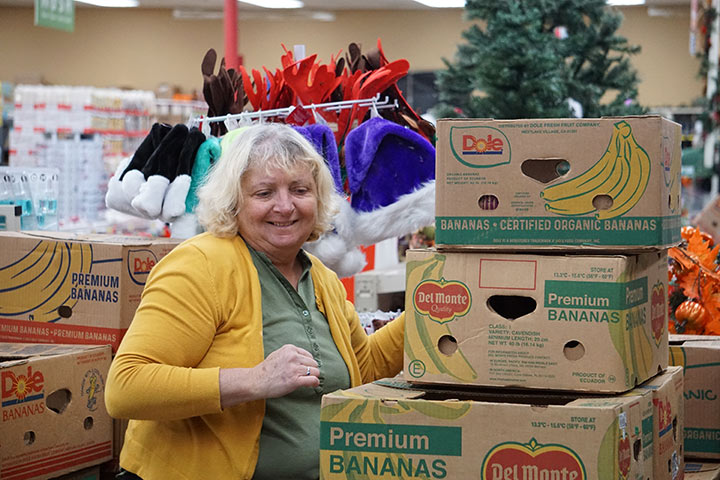 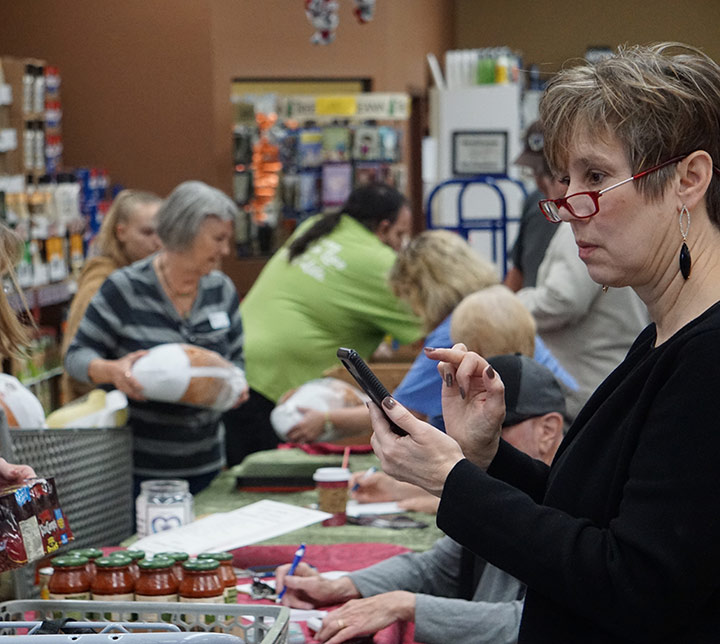 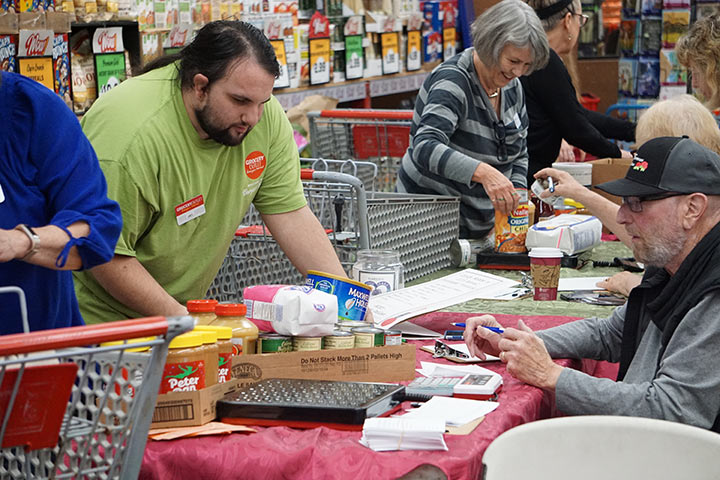 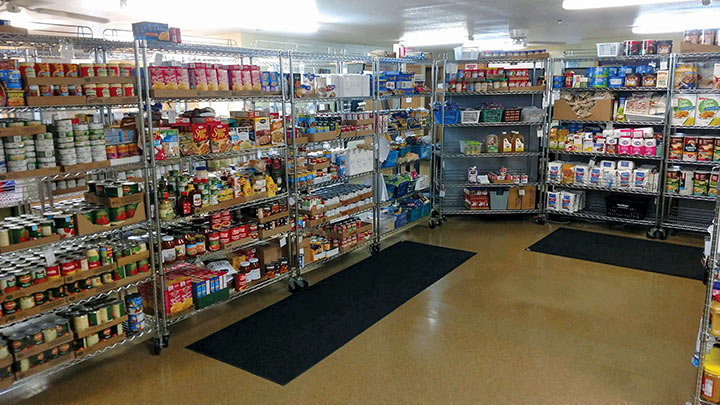