Feb. 11 chase ends on foot in the Sutton Lake area

Feb. 14, 2022 — Friday was a busy time for local police agencies as a high-speed chase up Highway 101 extended through three counties, caused the closure of the Siuslaw River Bridge, required the deployment of spike strips and led to a multi-agency chase on foot.

On Feb. 11 at 11:32 a.m., the Florence Police Department (FPD) was advised that deputies from the Coos County and Douglas County sheriff’s offices were in pursuit of a vehicle traveling northbound on Highway 101, coming towards Florence, and requested that FPD attempt to spike the vehicle.

Florence police set up at the north end of the Siuslaw bridge and were able to successfully spike the tires of the suspect vehicle as it passed at a high rate of speed.

The vehicle continued northbound on Highway 101, with Florence Police taking the lead in, and joining, the pursuit. As the vehicle went north on Highway 101, the suspect continually drove into the oncoming lane, swerving around other vehicles.

During the incident, Siuslaw School District re-routed students on buses back to schools, and notified families.

The police pursuit continued north through Florence and north of Florence, with the vehicle still continuing to drive in the passing and oncoming lanes of travel. Then the rims to the vehicle started breaking, up causing parts of the rims to fly into the roadway. The suspect vehicle finally became disabled and stopped on the bridge on Highway 101 near Sutton Lake Road.

The male driver exited the vehicle and a female passenger did the same. The male jumped over the side of the bridge and fled on foot while the female, a juvenile runaway, was detained by the police.

“After a two-hour long track through water, mud, trees, yards and houses, the suspect was pushed into the open by K9 Cena, who was hot on his heals, after the tracking team had re-adjusted perimeter several times,” Coos County reported.

At 2:11 p.m., FPD Officer Garett Litterell spotted the suspect, who had apparently found some clothes and changed into them, on Sutton Lake Road. The suspect fled on foot through backyards of residences in the area, and Litterell chased after him on foot.

The officer caught up to the suspect and had to use a taser on him to stop him from fleeing.

“A huge thank you to Garett Litterell from the Florence Police who stayed vigilant on perimeter and ultimately took the suspect into custody,” Coos County said. 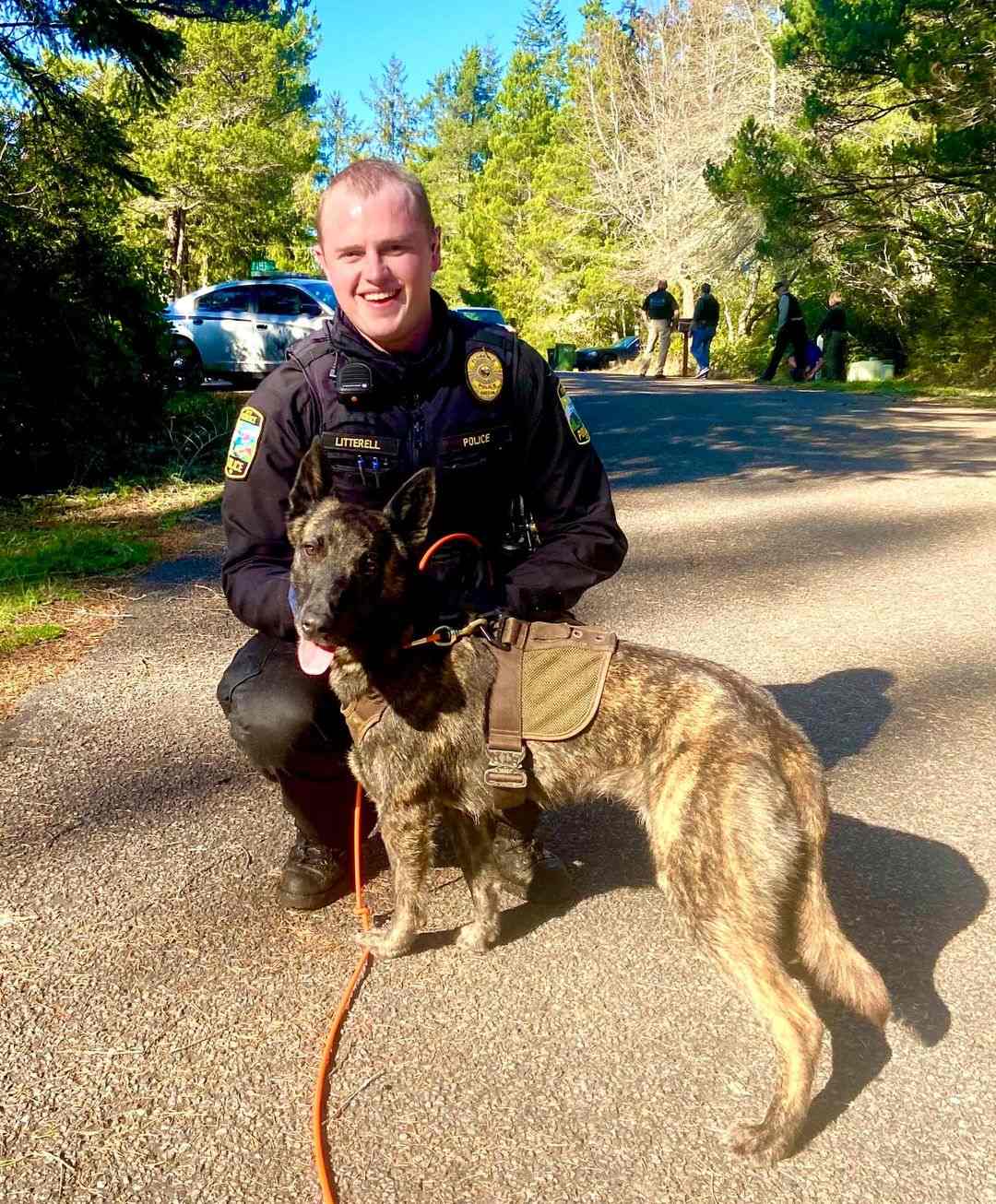 The suspect was detained, checked by Western Lane Ambulance personnel, and the Coos County Sheriff’s Office took custody of him and transported him back to Coos County.

“Thanks to Coos County Sgt. Will Coleman’s effort, the majorly of this ‘chase’ did not put the public in extreme harm as Sgt. Coleman followed at a distance and worked with Florence PD to bring an effective stop to the chase, with minimal chance of endangering the public,” Coos County said. “We are extremely proud to call these professionals our co-workers.”

Habitat provides ‘part of the solution’ in affordable housing

Rhody Days is Back in Bloom this week