By: Chantelle Meyer and Mark Brennan/Siuslaw News - Updated: 11 months ago

March 11, 2020 – Thousands of people again attended the Florence Home and Garden Show, held last weekend at the Florence Events Center. With a theme of “Growing Green,” vendors brought together services and products designed to get people ready for spring. 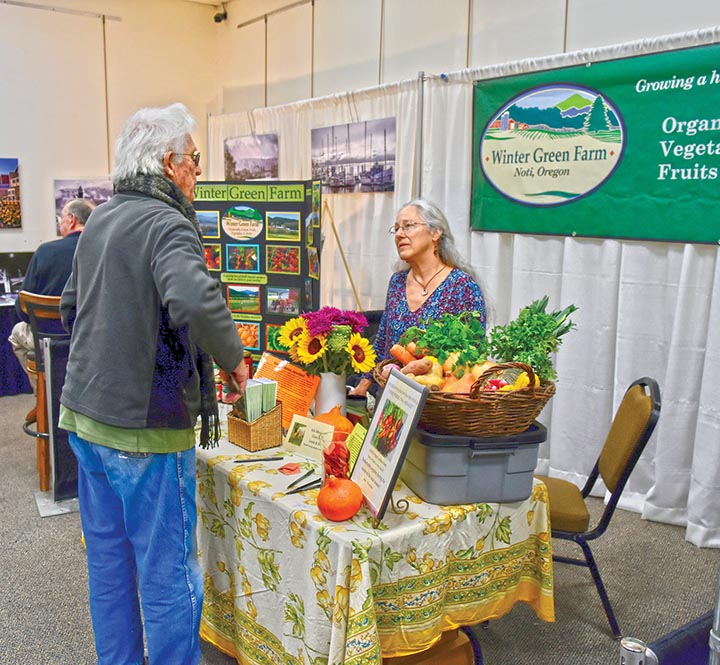 “We had good crowds, with a mix of local residents and a surprising amount of visitors from out of the area,” said Show Director Jon Thompson, owner of KCST/KCFM Coast Radio.

Coast Radio and Siuslaw News have sponsored the Florence Home and Garden Show for the past 23 years.

“Many of our vendors do shows all over the northwest and are always impressed with the friendly crowds that attend our show,” Thompson said. “Our U.S. Flag and Pole vendor, who has attended the event off and on over the years, told me that he and other vendors refer to Florence as their secret jewel of a show.”

This year featured home products, décor and even tastings of gourmet sauces brought each year by Kimo’s Dips and Celia’s Gourmet Foods. 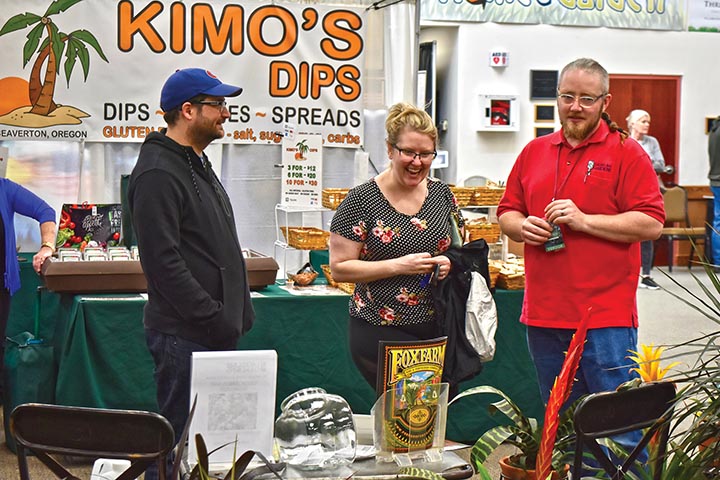 Laurel Bay Gardens was the centerpiece of the show with a stunning indoor version of a “Growing Green” garden.

Laurel Bay owners Lisa Walter-Sedlacek and David Sedlacek have participated in the Home and Garden Show since its inception, offering a complete line of landscaping services, plants and garden products.

Thompson said he liked the mix of returning vendors and new additions, as well as the displays all over the Florence Events Center.

“Our vendors were extremely complimentary of the community and the facility,” he said. “We had an excavation company greeting people in the front of the Florence Events Center and good displays throughout the building.”

Long-time vendors reported comparable or increased sales over past years, and many people who attended walked away with live plants, flowerpots, appliances and art, or secured contractors, fiber internet through Hyak, gravel and bark delivery and other home services.

People also had the chance to win big, with grand prize raffles as well as individual prizes offered throughout the day. 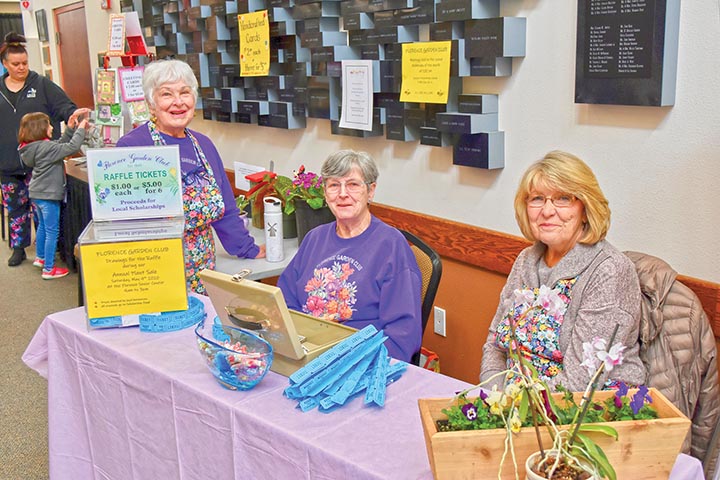 According to Thompson, show attendance was down in comparison to the event’s averages over 23 years.

“We had a steady stream of people over the weekend, but a noticeable difference in demographics,” he said. “It appeared many of our older residents who we typically see come through understandably stayed away. We expected virus concerns would impact the show but we were pleased it was minimal.”

The 2020 Florence Home and Garden Show was presented by Coast Radio and Siuslaw News. It was sponsored by Oregon Pacific Bank, Central Lincoln PUD, Three Rivers Casino Resort and Bi-Mart. 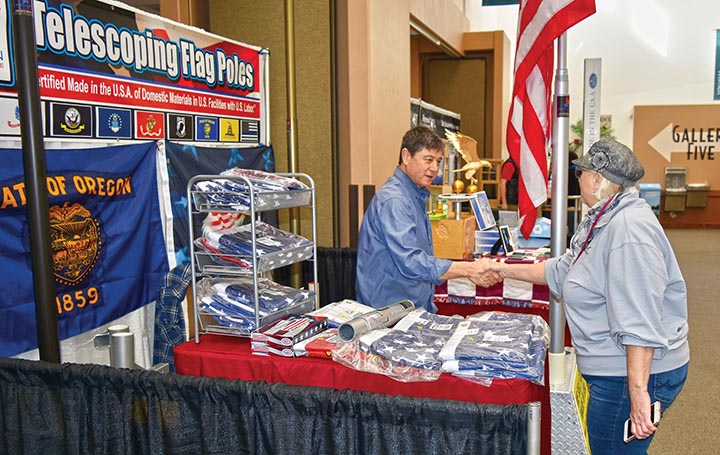