Unfortunately, the proclamation was initially ignored by many geographically isolated farms and plantations in the Southern states, with the tacit approval of state officials. Remote towns and recalcitrant local law enforcement officers throughout the Confederacy ignored Proclamation 95 and simply did not inform enslaved people in Texas and other Confederate-controlled locations they had been freed.

By the time Confederate Commanding General Robert E. Lee signed the surrender document officially ending hostilities between the Union and Confederacy, most slaves in Texas and Oklahoma were still unaware they were free persons.

The liberation of former slaves, freed for nearly two years, required an armed force of 2,000 soldiers under the command of Union army General Gordon Granger to enforce the actual proclamation. Federal estimates released in 1895 stated that more than 250,000 individuals were still being held in bondage some two years after their emancipation.

The order mandating the State of Texas to free its remaining slaves was read by Granger on June 19, 1865, the date adopted by the African-American community as the day that slavery was finally ended. It is often called both “Juneteenth” and “Freedom Day.”

History has shown, however, that the Emancipation Proclamation only applied to Confederate states and not those in the East or in New England. That freedom wasn’t legally extended to African-Americans in those regions until the passage of the 13th Amendment by Congress in January 1865, and eventually ratified by the states in December 1865.

Juneteenth is not an official national holiday but has become the day when African Americans celebrate independence. This year, the date became a political and cultural flash point when President Trump scheduled a political rally to be held June 19 in Tulsa, Okla. — a city that was also the location of the 1921 raiding of a prosperous Black neighborhood known as the “Black Wall Street Massacre,” when more than 100 blacks residents were killed and dozens of businesses and homes were burned over Memorial Day Weekend of that year.

Juneteenth celebrations are often regional in nature, highlighting food and entertainment along with speakers, preachers and teachers.

Oregon Gov. Kate Brown issued a proclamation, stating, “This year, celebrating Black freedom and achievement on Juneteenth is more important than ever as people across Oregon, the United States and around the world protest systemic racism and unequivocally show that Black Lives Matter. I encourage all Oregonians to join me in observing Juneteenth by getting educated on systemic racism in this country and getting involved in the fight for racial justice.”

Locally, members of Florence ORganizes (FOR) held a rally and march on Juneteenth yesterday to recognize the importance of the date. The group celebrated Freedom Day with a gathering of people of all ages at the Florence United Methodist Church on Kingwood Street.

A statement from State Sen. Arnie Roblan was read at the rally, in which Roblan echoes Brown’s call for a re-examination of the many Americans still hold.

“It's time we did better. That’s why I support Gov. Brown’s efforts and the idea of Juneteenth becoming a state holiday. Oregon can show leadership in this undertaking and commemorate a day for our African American friends and neighbors,” Roblan said.

Along with a group from FOR were some unaffiliated members from the community who were there to show support of the day. They were also there to acknowledge the day’s meaning in the current context of nationwide marches that began following the killing of George Floyd by members of the Minneapolis, Minn., police on May 25 and the death of countless other black Americans.

The incident has since been galvanized into a national conversation fueled by protests both across the U.S. and the world in an effort to force major reform regarding the disproportionate use of excessive force on black people and communities of color by law enforcement agencies.

The number of marches and protestors have come to rival those of the troubled Vietnam War era and the associated social justice marches of the late 1960s and early ‘70s.

As of Thursday, the president’s scheduled rally in Oklahoma had been moved to June 20. 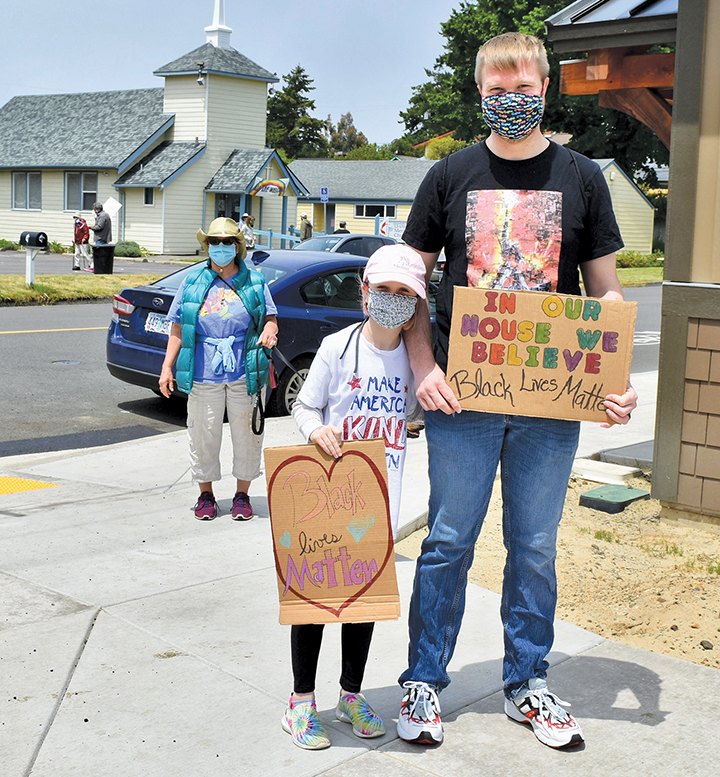 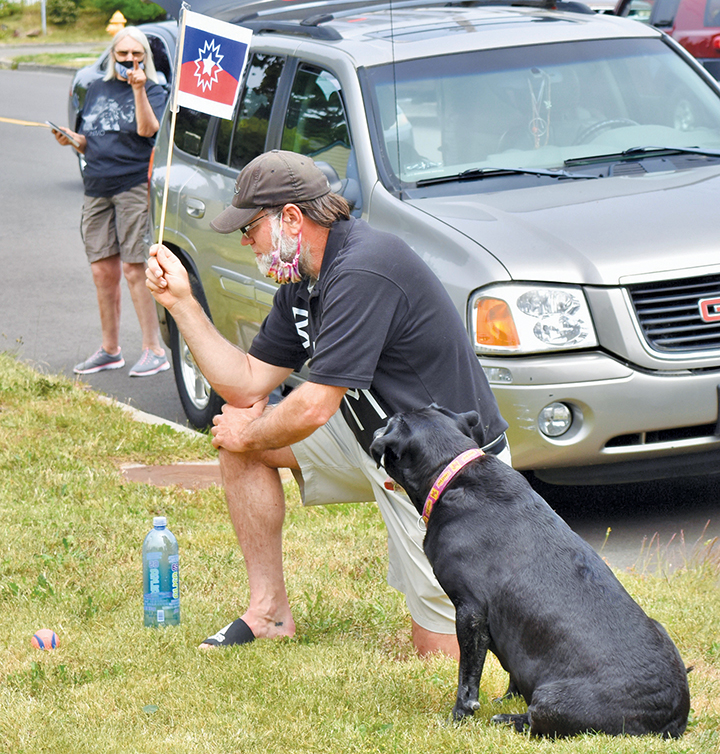 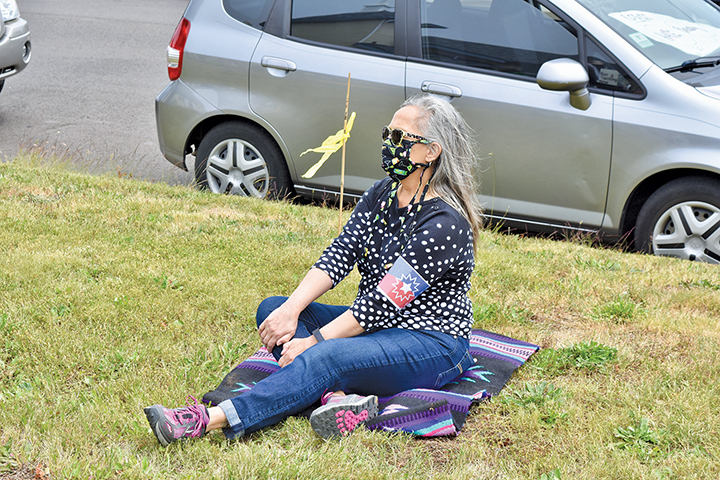 Mapleton schools to hold classes online for all grades

A fresh start for Siuslaw’s new school year — Pt. I