June 26, 2019 — There have been 11 earthquakes in the past seven days off the Oregon coast. The United States Geological Survey (USGS) and the website Earthquake Track both report there have been 56 earthquakes in the last 365 days along the coast. Nine quakes occurred on Sunday, June 23, alone. These numbers provide a cautionary backdrop and a timely motivation for the 24-hour “Field Exercise” held last weekend at Sutton Lake Campground by local amateur radio, also known as ham radio, operators.

The annual exercise has become an opportunity for concerned community members to practice with the fairly sophisticated equipment involved in the process of communicating independently around the block or round the world.

The Amateur Radio Relay League, a nationwide association of amateur clubs and groups, coordinates the event, which this year has more than 40,000 individuals participating across North America. The local chapter, the Central Oregon Coast Amateur Radio Club (COCARC), was formed in 1985 and is active in local emergency preparations.

COCARC members believe the time and energy spent training will be put to the test at some point in the future.

Member Julie McGrew says the training is important considering the likelihood of a major seismic event occurring that will dramatically impact this area. 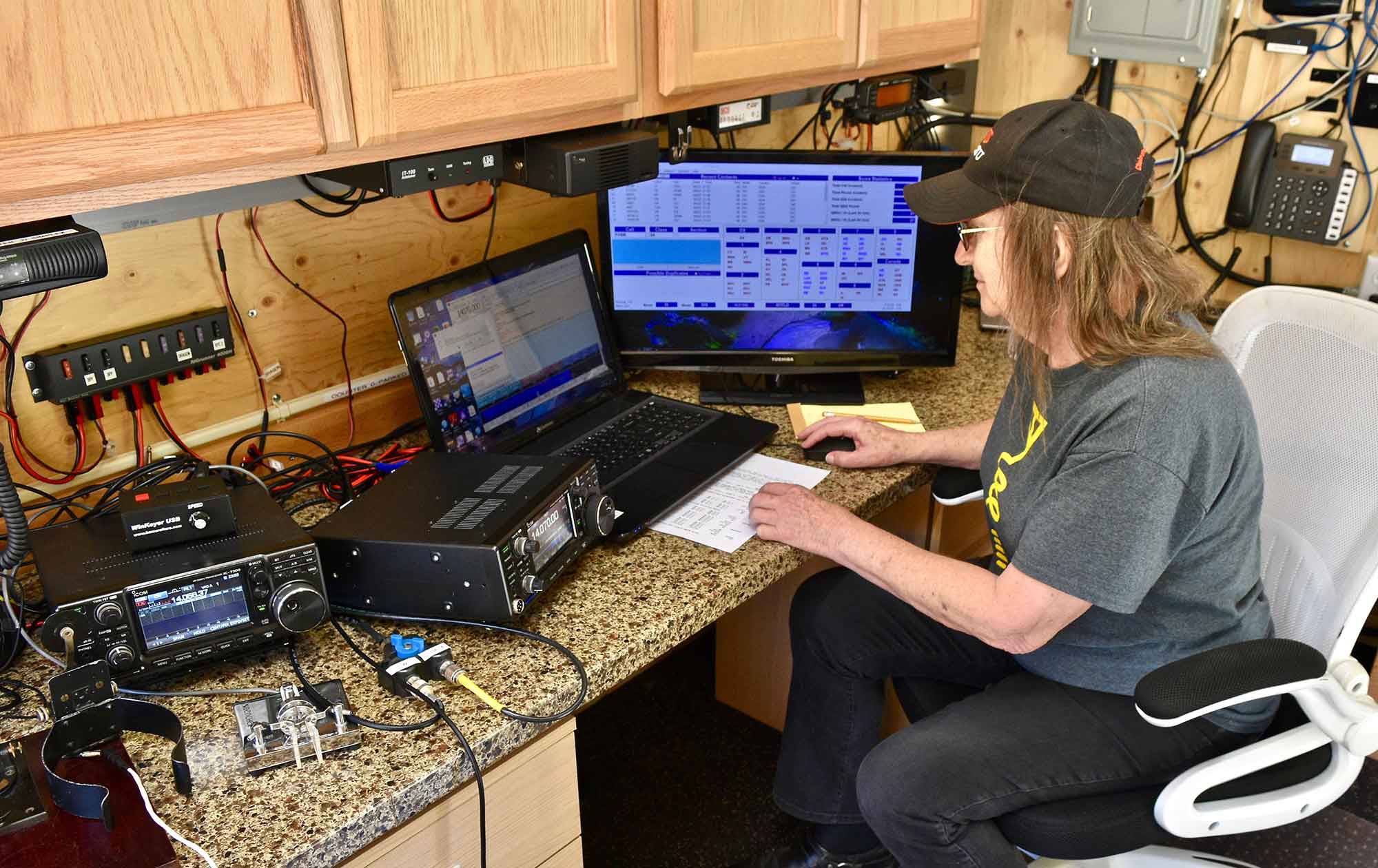 “Field Day is much more than a contest; it is amateur radio’s public open house — an event where hams are given the opportunity to demonstrate and hone the skills which allow them to provide auxiliary communications to their community in times of trouble and emergency,” McGrew said. “Perhaps it is this aspect of amateur radio that is best known by the public, since time and again when normal communication channels fail, ham radio operators provide critical message handling to our first responders and the victims they support.”

The need for functioning communication with first responders and governmental support agencies during a natural disaster is critical to minimizing casualties and confusion. One of the essential tools necessary to recover quickly from a natural disaster will be the ability to communicate with areas not affected by the quake and resulting tidal waves. This is where COCARC will play a central role.

While there is a training element to Field Day, there is also a nationwide competition to determine a club rating for successfully accomplishing different exercises during the 24-hour session. One of the challenges is using modes of communication from different eras.

The COCARC group has been operating at very high levels for the past five years and the set-up at Sutton lake Campground was impressive, feeling more like a family gathering than preparation for disaster.

On the one hand, individual members set up thousands of dollars’ worth of trailers and equipment at the center of the main staging area. On the other, there is a covered cooking area that emanates an inviting aroma, coupled with tables full of food and beverages.

While the mission is a serious one, the weekend is also a time for friends and colleagues to cultivate closer relationships. McGrew mentioned the upbeat nature of the event, tempering the underlying seriousness of the practice sessions.

“Saturday, their radios were being used for practice and pleasure, so a break was taken in the late afternoon, and a barbecue potluck featuring tri-tip, chicken and homemade ice cream was enjoyed by hams and guests alike. Following dinner and some socializing around the campfire, radio operations continued into the evening and through Sunday morning until it was time to conclude and break camp,” she said.

The Oregon Seismic Safety Policy Advisory Commission has warned that a major seismic event could strike at any time with the resulting deaths approaching 10,000 people and causing more than $50 billion of property and infrastructure damage. These statistics are the reason that the 20 or so dedicated local individuals spent the weekend camped out — to assure that at least some people will be ready for the “Big One” when it inevitably hits.

“Each year, there are some new faces, equipment modifications and system improvements, but one thing of importance remains constant,” McGrew said. “When troubling events occur to disrupt normal communications, amateur radio operators are prepared and there to serve.”

School board considers candidates for more than one vacancy