June 13, 2020 — A group of 50 or so individuals gathered Wednesday at the corner of Highways 101 and 126 with signs and flags displaying their support for law enforcement officers in Florence and across the country.

The Florence rally took place in the wake of worldwide protests against police brutality targeting people of color, inspiring similar marches last week in support of law enforcement across the nation.

In some instances, protests in many major cities over the past two weeks that began as peaceful evolved into violent clashes between law enforcement and protestors. These confrontational and, in some instances, violent interactions that included widespread looting overnight, have sparked a national debate over distinguishing the difference between enforcing the law and inciting violence through overaggressive policing — with protestors calling for a reassessment of the techniques and training of police officers across America.

The push to review and update policing procedures, with slogans such as “Defund Police,” has led to the fear among many that there will be budgetary reductions negatively impacting local law enforcement from being able to do their jobs.

In Florence, local residents chose to promote themes of “We need police,” “We support our police” and “No Police = No Peace.”

Barry Sommer was one of the rally participants and his motivation was simple: show support for the Florence Police Department.

“It was a friend of mine last week who said he was going to go out and show his support for police. I said I’d join him,” Sommer said. “He said since I’m on Facebook, maybe I should post it. I did, at which point Sherry (Harvey) saw it and … well, the rest is history.”

On Facebook, people shared a simple graphic that said “Support Law Enforcement: Come out to show Florence Police we care.” Two pictures of signs read “All Lives Matter” and “Stop the Division.”

When she shared the image to the “Florence, Oregon” Facebook group, Sherry Harvey wrote that it was about “respectful support for our police, sheriff and Oregon State Police.”

According to Sommer, “For me, it was a simple way to show my support for law enforcement. I was glad I could participate, and it was a thrill to have the FPD chief to drive by and give us a thumbs up. I’m grateful there was no conflict — and everyone had a positive experience.”

Others at the march, many holding signs, were reluctant to go on the record with their comments when asked by the Siuslaw News, but were willing to provide their observations and thoughts with anonymity.

One of the most visible of the supporters held a large American flag and a sign stating, “All Lives Matter.”

When asked why he was carrying that particular sign, the man responded that he “Supports the police, but also didn’t feel innocent people should be treated differently because of skin color.”

Other supporters echoed similar sentiments but were also reluctant to go on the record with their comments.

One couple in particular was very supportive of the tough stand taken by President Donald Trump. They stated that “The press coverage of the riots in Washington were emblematic of a loss of traditional Christian values,” which they believe requires Americans to hold law enforcement in high regard.

If there was a common message among both groups of protestors this past week, it was their strong support for the Florence Police Department. 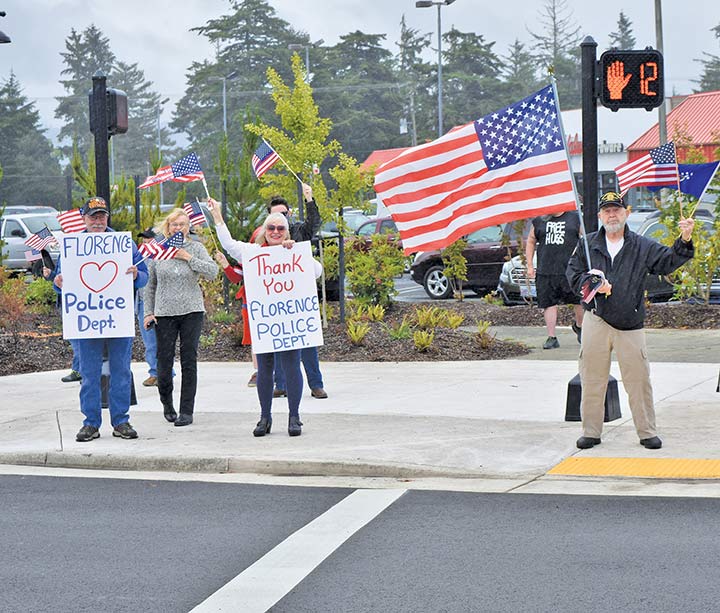 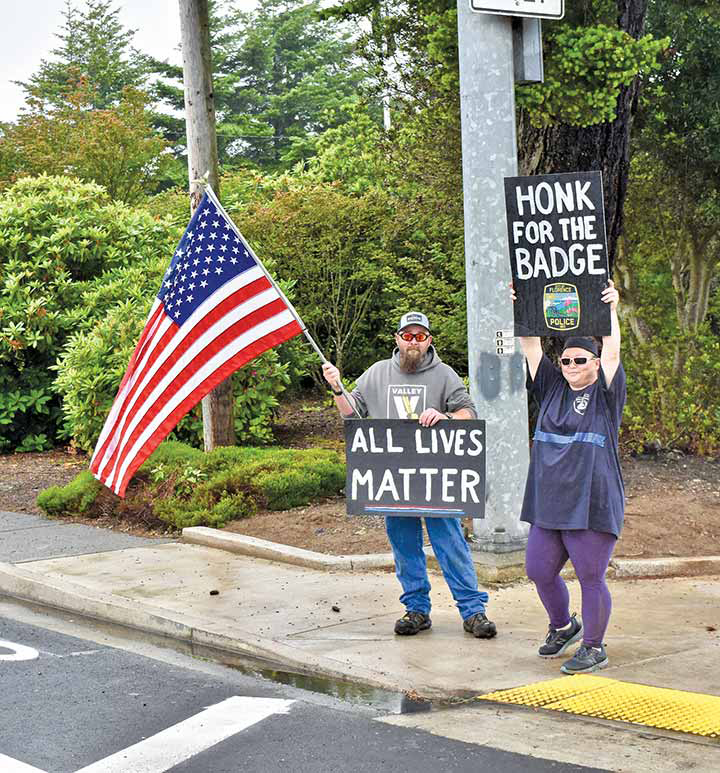 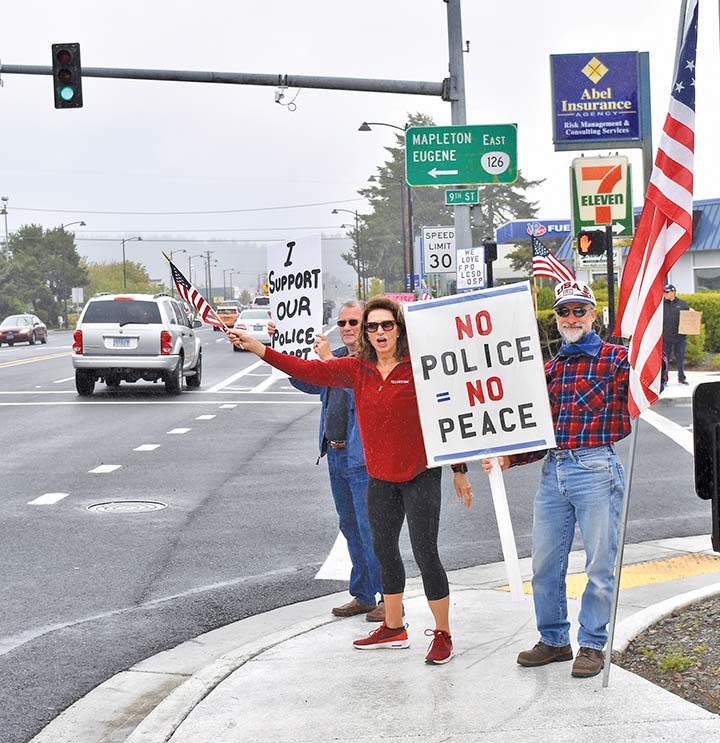