“I was always better at softball, but I like basketball more,” said Siuslaw High School’s new basketball coach, Ashlee Cole

A native of Florence, Cole represented the Vikings throughout her high school career in both basketball and softball, though it was the latter where she gained the spotlight; the Viks could always count on her delivering a home run from home plate.

“But deep down, for me, basketball was always what I liked better,” she said. “It’s fast-paced and there’s no second chances. You make a decision, the ball gets stolen, you better run and get it. You can’t get into your head as much as you can with softball. There, you have all this time between innings, thinking about what you did wrong.”

Basketball is instinct, with no time to dwell on mistakes.

“Basketball is pure sport — and I’m really good at understanding sports,” Cole said. “I just pick it up. I don’t know what it is about it. I really understand the ins and out of sports. Playing it growing up and coming into high school, it was already a second nature.”

The is the first time Cole is acting as head coach for any sport. A 2014 graduate, she’s only tried her hand at coaching once last spring under the tutelage of longtime Siuslaw softball coach Sean O’Mara.

“That got me into the whole coaching thing,” she said. “I was excited to coach.”

When the position opened up this year, Cole stated in her interview she had one main goal for the team: “To make it fun again.”

Fun is something the Lady Viks basketball team hasn’t been having for the last number of years, especially when it comes to winning games. During the 2019 league season last winter, they suffered eight straight losses, only winning one game. It was the same story in 2018, and in 2017 — it was nine straight losses.

“It’s hard losing,” Cole said. “For some of the girls on the team now, losing has been all three years of their high school career. All they know is how to lose. Trying to get them to have a different mindset is going to be a little challenging. But once you get to that point where you can see improvement and see what’s ahead — like making the playoffs — once they see that, it will be a totally different ballgame.”

Changing that mentality will involve getting back to making the game fun again for athletes in the program, and Cole said that losing isn’t the only factor that makes playing a downer.

“It’s not the main thing,” Cole said. “It’s not getting along with your teammates. It’s having a coach that gets on you the whole time. Not saying [the previous coaches] did that, because I don’t really know. But for me personally, that’s something that loses that fun. It’s important to have a coach who believe in what you’re doing. That’s the coach I’m trying to be. Someone who really cares about their players. It’s something I strive for.”

And to make that happen, Cole is pulling from her own experiences as a player when she was at Siuslaw, where she started on the varsity team when she was a freshman.

“It was scary as a freshman,” she said. “I was playing with girls that I heard about as a freshman, but I knew I was ready for it.”

Cole was a point guard, and an aggressive one at that.

“Too aggressive, probably,” she laughed. “I fouled out a lot. I just wanted the ball. I got a lot of fouls because I would drive hard. Actually, I got my defenders to get a lot more fouls than I ended up getting. They called it a block when it was a charge, when it probably should have been a charge. But that was alright.”

Cole was playing during the last of the Lady Vik’s winning years between 2011 and 2013. In her first year, they made the playoffs.

“We played Hidden Valley at home, and it was probably the best game I’d ever been involved with,” she recalled. “We were down by 2 with 10 seconds left. So, we ended up barely getting the layup in and went into overtime. And then we ended up pulling off a win, and it was at home. It was insane. Our student section was just so lively, it was literally one of the best games I’ve ever been in.”

The next game, against Madris, was a blowout against Siuslaw. But that in no way spoiled her love of the game.

“Second year, we came in, we had almost the same amount of girls. We still had a tall post. They got us into the playoffs that second year. I don’t remember who we played, but we were able to make the playoffs two years in a row. It was awesome.”

For Cole, the success of the first two years had a lot to do with coach Aaron McNeil.

“He is still someone I look up to as a coach,” she said. “A lot of his philosophies intermingle with my philosophies. Growing up with a good coach does a lot for a player. He just really cared for the girls in general. Even if it wasn’t in practice. Even now, I can go to him and say, ‘Can you help me with this.’ Whatever it is, he’ll drop what he’s doing and help me. Same thing with Sean O’Mara.”

In Cole’s senior year, McNeil retired and the mood on the team shifted.

“It was rough for me because I had the same coach for three years,” Cole recalled. “I was expecting to have McNeil for four years. But then having someone else come in with different philosophies, when you were brought up three years with different philosophies, and then having everything change up — that was rough for me. That was the year things started going downhill for Siuslaw basketball, just wins and losses. That was a hard year because, even though we had more wins than losses overall, it was still hard keeping their winning mindset. Even trying to keep my winning mindset was hard.”

By the end of the year, the team only pulled off three wins in league play. But Cole viewed her time as successful.

“The last year was still fun,” she said. “It was always fun. But senior night, knowing that was going to be the last time I was going to step on that court as a player — that was hard.”

She would come back to watch a few games but found that experience to be even harder.

“I would stand on the side of the bleachers and I would pace the whole time,” she said. “I couldn’t stand to watch it anymore. I saw more potential in the girls than what was going on. There was more potential for the girls to be better than what they were playing. It was hard for me to watch it because there was so much that could have been done to get the potential out of those girls. But it didn’t happen.”

She wasn’t a backbench coach, opting to keep her opinions to herself.

“But the potential was out there. You have to get it out of the girls as a coach,” said Cole.

So, when the position opened, she applied, vowing to get build on the potential that she knows the team has.

Despite the losses, Cole doesn’t view the upcoming season as a rebuilding year.

“Rebuilding is ground zero, and I wouldn’t say we’re there,” she explained. “With rebuilding, the girls have no mindset of how to play basketball and may not really want to play. Basically, the sport’s ruined for them.”

But as Cole wraps up her first week of practices, she said that’s far from where the team is at.

“All the girls were hyped up, excited and cheering,” she said. “They all want to be there. They all still want to play. They have a drive to play.”

As for what the team worked on in the first week, it was back to the basics.

“Yesterday, they worked on passing, just straight chest passing,” said Cole. “Today, it’s dribbling. Tomorrow, layups. Everybody right now is on ground level so we can start fresh. Until I get to the point where I need to make a JV and varsity, I’ll start putting together some plays and seeing what will work best. I’m going to wait and see what plays will work best with the girls I have.”

And she’s also working on coaxing out the aggressiveness that she had when she played.

“They are aggressive,” she said with a smile. “A few of them have had some foul trouble, they need to get a little better at that. But just seeing them aggressive with scrimmaging in practice is really great to see.”

But the team isn’t aggressive with each other on a personal level, which really gives Cole hope.

“The upperclassmen are really pushing the freshmen, getting them involved,” she said. “They’re not isolating themselves with the girls they know and leaving the freshmen behind.

“They’re actually involving the freshmen with the drills.”

And at the same time, Cole is building a relationship with the team.

“I want to build better relationships than what my coach my senior year did,” she said. “He came in the first day of practice and said ‘This is how it is, this is what I’m going to do.’ I want to make it fun, still. That’s my main goal this year.”

She stresses this because she believes having fun is what leads to winning games. Not that Cole is promising a spot in the playoffs.

“That’s not my philosophy,” she said. “Winning is important, but right now the girls need to have fun in the game. We’re still going to focus on winning, but having fun is the main mindset.”

And Cole doesn’t think that will be a difficult goal to accomplish.

“I care about the girls. And with these girls, it’s hard not to. We got girls dancing in practice. They make it fun. To start that way on the first practice is a good sign.

“They’re making it fun for themselves, and I’m going to build on that.”

Siuslaw will kick off the season Dec. 4, when it hosts Newport in a non-league opener beginning at 5:45 p.m. 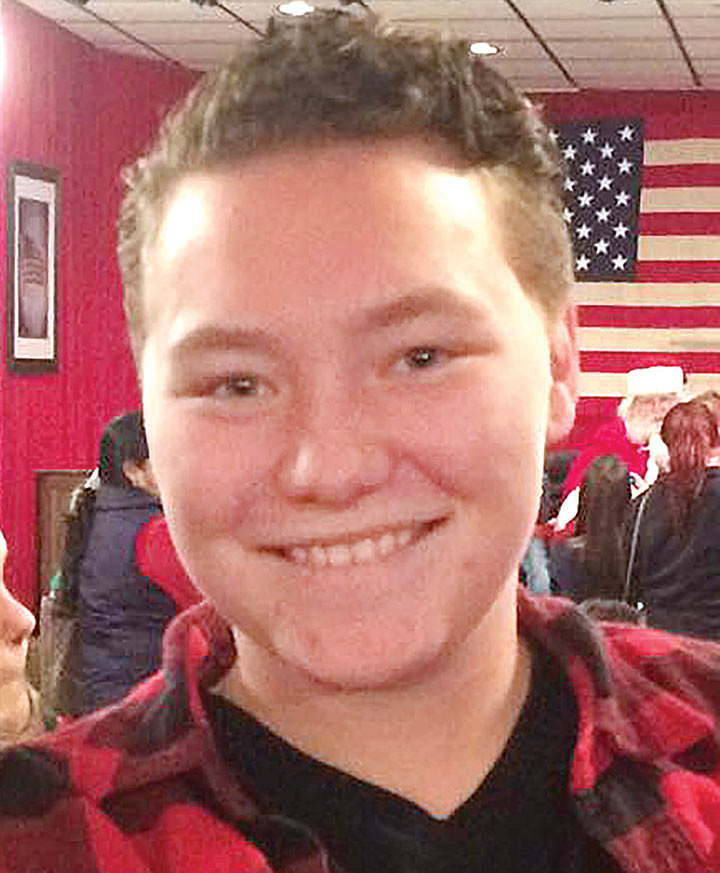