Circles in the sand

Oct. 16, 2019 — The transient nature of life played out in real time Saturday afternoon when a team of talented artists created a large, unique design on the beach at Driftwood Shores, live and in front of hundreds of Florence residents.

Hours later the fruits of that labor were washed away by the incoming tide.

Denny Dyke is the creative force behind the group known as “Circles in the Sand,” which spent the afternoon drawing, raking and smoothing a large maze-like walking path which the team refers to as a “Dreamfield.” The intricate design, also referred to as a Labyrinth, ultimately encompassed hundreds of square feet and was festooned with ocean related imagery, assorted shells and driftwood from the sea.

Hundreds of interested individuals came, watched and talked among themselves and with the artists as a large patch of sand was transformed into an unusual form of canvass.

Dyke and his team have taken what thousands of individuals do every day, take a walk on the beach — and moved it to another level.

The purpose of the endeavor is primarily contemplative in nature and each design carved into the sand is both entirely unique and temporary.

The ocean provides a strong audio component to the experience of walking through the paths of the dreamfield, with the sun, sand, sea and birds adding motion and immediacy to the experience.

The overall goal for Dyke and his team may seem naïve to some in these turbulent times, but it is really just about sharing the love.

“The intention behind Circles in the Sand is pretty simple, it is just about love. Love is the most important thing in the universe, and it is the thing we have the most control over. I have found out this summer that love is contagious — and it is a great thing to spread,” Dyke said with a large smile.

Dyke originally started drawing in the sand as an extension of the long, thoughtful walks he took on a beach in Bandon. His belief is that many of the problems and stressors in life become less impactful when considered in the context of the eternal nature of time and spirit.

These impressions manifested what started as simple drawings in the sand and have progressed over the last few years into increasingly elaborate designs that now include creative input from others that have taken to heart Dyke’s message of love and peace.

Jacquie Ferreira and her husband James are part of team “Circles in the Sand” and her experience working with the affable Dyke have been transformative.

“We met Denny about two years ago in Bandon and loved what he was doing. We just kept coming and getting more involved and the next thing you know we are on the art team. There are five of us on the art team and there are twelve of us on his staff,” Ferreira said. “It has really grown a lot in the last year. I do the shell art, which is pretty much where I put my concentration. I’ve collected shells my whole life and, since people have seen me doing this, they bring me shells all the time.”

Dyke is friendly and outgoing, seemingly unaffected by the attention his work is drawing from the public and the press. His profile has risen significantly since the unique work created by “Circles in the Sand” has become more widely known.

The increase in attention has grew even greater after a segment about his unusual creations aired recently on Oregon Public Broadcasting’s popular show, “Oregon Art Beat.”

Dyke treats the attention as an opportunity to share what seems to be the central mission of his life: spreading happiness by drawing in the sand.

“My intention, every day, is to spread as much love, joy, peace and harmony as I possibly can. Because that is what is going to reflect back into my life. The more of those things that that come back to me, the more I can send it back out,” Dyke said.

After Dyke and his team decide on the basic concept for the day’s Dreamfield, they work together in what appears to the casual observer to be more of a dance than work.

Groomers use rakes with long sweeping strokes that set apart the boundaries of the walkway from the untouched sand that surrounds the labyrinth.

There is a sense when watching the members of the group that they are engaged in a process that is not only physical but spiritual as well, according to Ferreira.

“Being part of the Circles Art Team is an honor and has been an experience of pure joy. Working along-side the positive uplifting energy of Denny Dyke is an amazing experience and a wonderful opportunity to share something very special with the public,” she said. “Every single person that joins us on the Dreamfield becomes a new friend — some just briefly, others long term. It is magical,” she said.

Last Saturday’s work at Driftwood Shores was the second time “Circles in the Sand” has appeared in Florence and Dyke thanked both Driftwood Shores for supporting the event and Lon Beale, owner of Sand Master Park, for his interest.

Beale was so impressed with Dyke and his team after seeing the segment on Oregon Art Beat that he was determined to bring them to Florence. Last year was the first time Dyke had gone somewhere other than Bandon to show his work and the experience working with Beale was so positive he agreed to return this year.

“I saw what Denny was doing in Bandon and having an art background myself, I said ‘We have got to get this guy up here,’” Beale said. “What he was doing was so unique, where else are you going to see something like this than on the coast? And as far as I know, Denny is the only one doing it on the Oregon Coast.”

After the walkways and coastal designs are incorporated into the Labyrinth’s design Dyke asks anyone that wants to walk the paths created to come to the beginning of the design. He next offers walkers a stone from among those in a large basket, which will symbolize the spirit of the walk and hopefully inspire a respect for the planet and among the other walkers participating.

Walkers then follow the path through the intricate design and eventually exit the labyrinth. There seems to be an almost religious or spiritual quality to the walk, with many becoming visibly emotional during the experience.

This is a reaction that members of Dyke’s team say they have seen before and have come to accept as one of the responses to the “Circles in the Sand” experience.

“We loved coming to Florence and meeting a lot of new folks experiencing circles. There is great satisfaction in creating the dreamfield but even more joy in sharing it with others and seeing the positive impact it has on them,” said Dyke. “Of all the thousands of people we have had join us on a walk, I have never meet a grumpy one. Everyone just seems to get happy when they join us. It is a great experience, nothing short of magical.”

For more information on ways to support or participate in the work being done by Dyke and his team, contact them at [email protected] 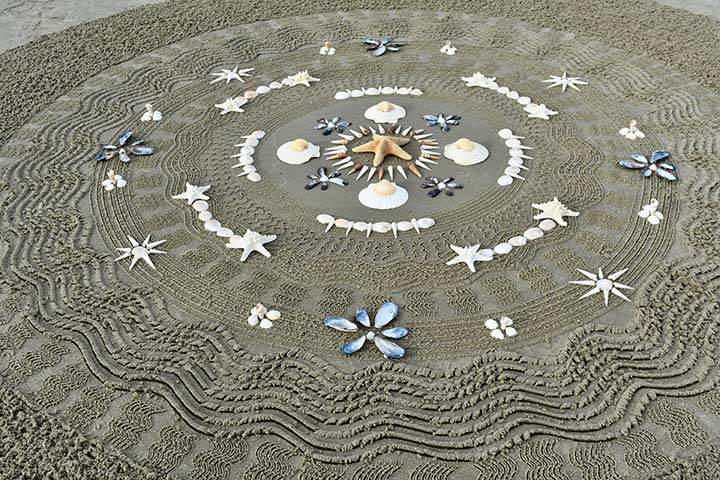 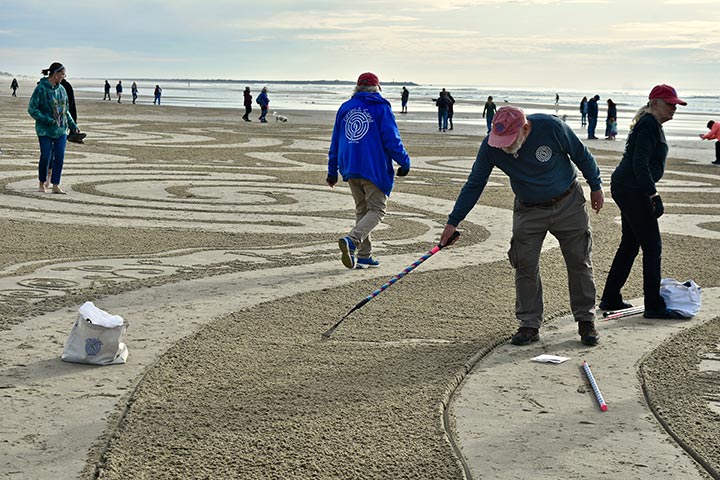 Ballots due now for the May 19 Election