“We had a great turnout in both sessions,” says Sam Johnson, new head coach of the Vikings’ football program, a Siuslaw alumni — and someone who experienced the camp firsthand as a youngster. “It was a big deal being out here as a kid with all of the varsity players and coaches. We’re teaching skills and also the Viking way of doing things.”

Nearly 200 young athletes, ranging from 1st through 12th grade during two different afternoon sessions, chose to participate in the four-day camp that began last Monday. Each session gives younger children and future Vikings the opportunity to learn the fundamentals of the sport — and older kids the chance to hone their skills or, in some cases, discover football for the first time.

But in addition to football fundamentals, the camp provides the opportunity to teach something else just as important to the program:

“We have certain things that we do because it’s been passed down through generations of Siuslaw football,” Johnson says. “We want to teach those traditions early to make sure they continue.”

As Johnson surveys the different breakout sessions for quarterbacks and receivers, across the practice field, lineman coaches Jerry Fleming and Tom Shinn work with young players on the correct stance, positioning and form to effectively and safely block opponents at the line of scrimmage. One young camper in particular catches Fleming’s eye — but not just because of the youngster’s efforts.

“I remember when his father came through this camp at about the same age,” Fleming remarks with a chuckle. “One of my favorite parts of this [camp] is watching generations of Siuslaw players come through here. They come in as little guys and then, one day, they’re on the varsity practice field with you.”

And then, at some point, the cycle begins again as the children of past players find themselves working on proper stance at the line of scrimmage.

Back across the field, coaches begin calling for a group huddle to end the day. Following Viking tradition, players join hands and jog across the field. Today, hands of all sizes join together, with those of younger players completely swallowed up by the larger, beefier hands of varsity players. Minutes later, everyone has gathered into a semi-circle of kneeling players — large and small — like irregular pickets making up a common fence.

“All of you did a great job today,” says Johnson.

His words draw a few beaming smiles from the younger players. After explaining what to expect for the final day of camp, Johnson lifts his hand, prompting everyone in the group to jockey for a spot to pile their hands into the mix.

“Viks on three” someone announces, and the countdown begins.

The chant has a special harmony as it echoes into the warm afternoon air, made up of voices carrying the tones of Vikings past, present and future.

Though the echo fades, it’s clear that the tradition that carries it will continue on for generations to come. 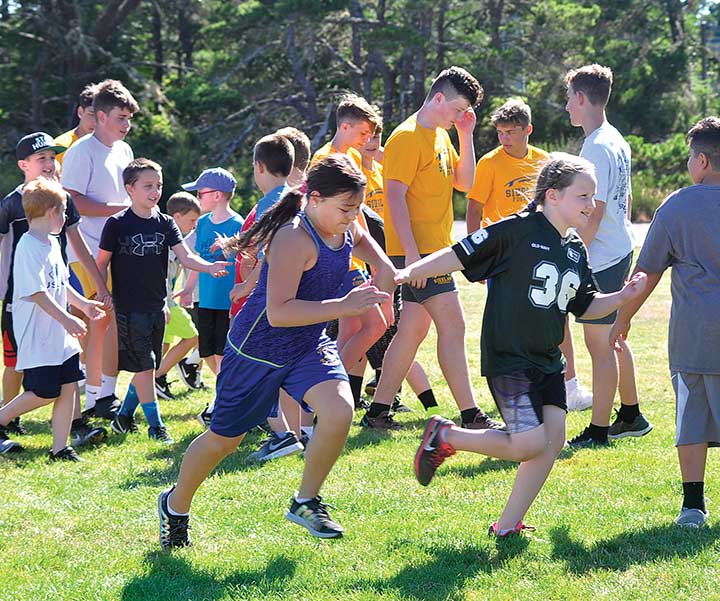 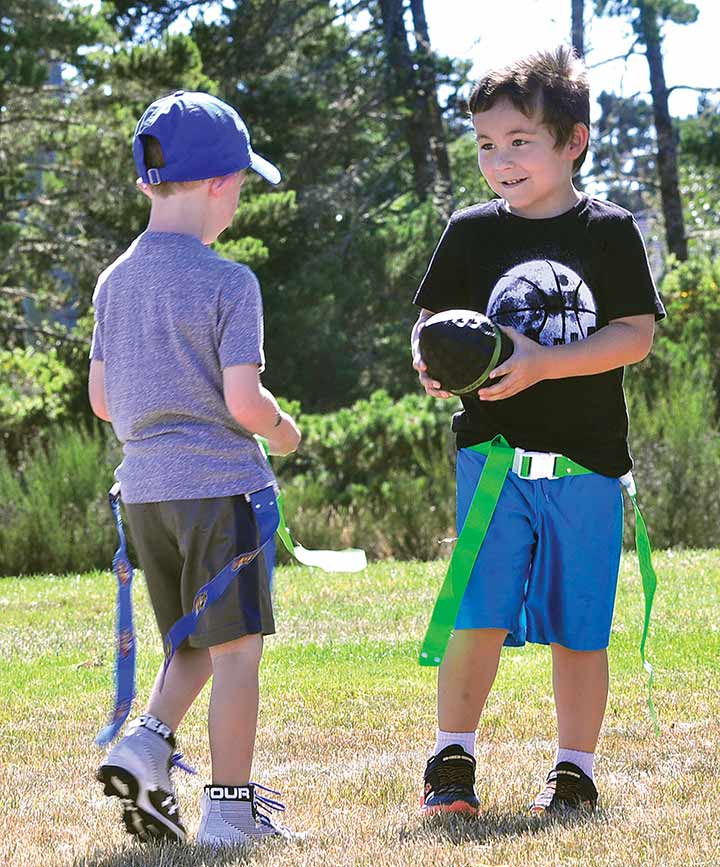 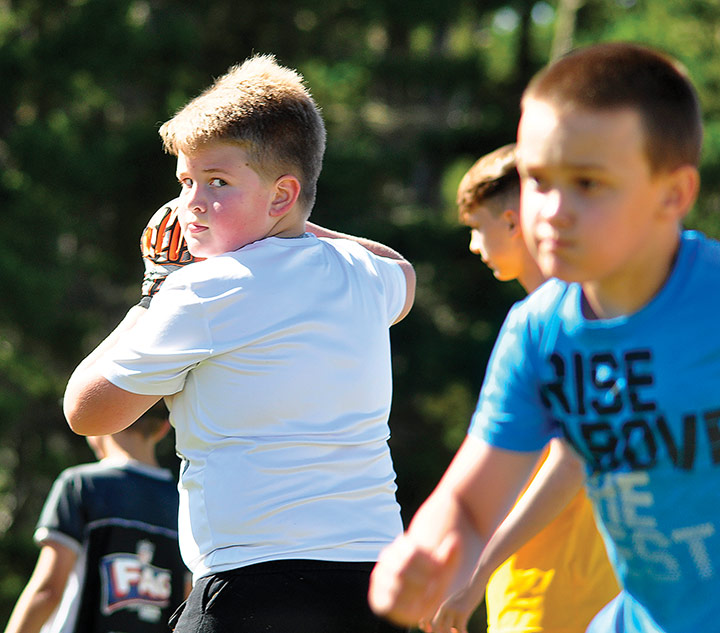