‘A match made in the makerspace’

June 29, 2019 — The Oregon Regional Accelerator and Innovation Network (RAIN) held its first of two summer workshops this week at the newly minted Florence Maker Space. The Bring Your Idea Workshop walked attendees through a business plan model while introducing RAIN and its resources to local residents.

“RAIN is a statewide organization that essentially builds ecosystems for startups. We work in rural communities. A lot of cities have established networks and resources, accelerators, incubators, coworking spaces, makerspaces and a network of mentors and all that. But a lot of rural communities don’t, as you probably know. So RAIN hires people like me,” she said. “We’re catalyzing new ventures and helping all of you start, begin and launch in rural areas.”

Ruben is based in Eugene but comes to Florence on Wednesdays and Lincoln County on Thursdays to meet with past RAIN cohorts and new startups seeking assistance.

As an entrepreneur herself, she has applied many of the same lessons she now teaches through RAIN. She explained the four things RAIN works towards: programs, people, capital and physical assets. The programs include workshops, classes and a startup pre-accelerator in the fall.

“We connect you with people,” Ruben said. “That could be mentors — people who have gone there, done that before to help guide you — and potentially cofounders. One of the great ways to find a partner in business is to come to something like this.”

People often meet others who may have similar ideas or different skillsets, both of which are good when putting together a team to launch a new business.

“It’s a match made in the makerspace,” Ruben said.

In terms of capital, RAIN can point the way toward government funding, local grants, venture funding and partners.

“Once a company has stretched its legs a little bit, gone through some iterations and feels like it is ready, which can sometimes take years, we will help you find those pathways to money,” Ruben said. “It sort of all depends on your business model.”

RAIN is oriented toward high-growth, scalable businesses, but also offers connections for other businesses and nonprofits. These include Lane Community College and the Small Business Development Center, both of which have branches in Florence.

“If you’re not quite the fit for what we have to offer, we funnel you there,” Ruben said. “Again, we’re a business connector.”

In terms of physical assets, she said that RAIN and other economic development groups can connect people to workspace, shared offices and even certified kitchens for those who want to create the next big thing in food and drink.

“We’ll find you a place to make your product,” Ruben said.

A makerspace, defined as a coworking space or a “hackerspace,” is a community-operated workspace with resources, materials and tools for a nominal fee or membership. It also serves as a place to meet up with other makers in the community.

“Makerspaces are kind of a new thing from the last couple years,” Looney said. “They are essentially community workshops and creative spaces where people can come together and collaborate on projects, share tools and that kind of stuff. If you ever started a project and didn’t have the tools to finish it or didn’t have the extra time or space, this is what this is for.”

The Florence Maker Space, 1230 17th Place off Kingwood Street, will be a membership space where people will be able to pay to use resources. There will also be public classes for 3D printing, laser cutting, shop safety and more.

“It’s just now getting started, and we’re hoping to open sometime in July,” Looney said. “People will be able to come in and learn about the tools and take courses.”

During the RAIN meeting, he placed on each table some of the projects he has been working on, including a laser-cut wood dodecahedron and puzzle game and a 3D-printed T-rex skull and Eiffel Tower.

Ruben said, “This is like a behind-the-scenes makerspace moment.”

Next, Ruben talked about her return to Oregon 18 months ago after working in the fast-paced entrepreneurial world of California. Right now, she is juggling four business-focused jobs, all of which tie into Oregon’s startup ventures. These include RAIN, her own business ariel.ink, her family’s business and a new venture.

Hummingbird Wholesale, her family’s company, distributes organic food from its operations in Eugene. It has two incubator kitchens, which helps other food startups have access to a certified kitchen and access to a distribution channel.

Hazel People is a new venture that Ruben works with as it brands, markets, creates and launches a product. The company has been in several pitch competitions and recently got approved for venture funding.

“Hazelnuts are huge right now. Oregon is planting acres and acres of them, and we found this awesome opportunity,” she said. “You’ve probably had almond milk or something like that. Well, this is ‘hazel nutmilk.’”

As for how she got to RAIN, Ruben said it was the same way she got into startups in the first place: networking.

“I met Caroline Cummings, the executive director of RAIN, through the grapevine. She was like, ‘I’d like to recruit you to the coast to do this awesome role’ — so here I am. And I’m loving it. Two days a week I’m out here, two days I’m with my folks, another day I’m at the startup and on the weekends I do my own stuff,” she said.

The Bring Your Idea Workshop walked people through the process of taking ideas and applying them to an actual business model.

“The thing about ideas is that everyone has them,” Ruben said. “There are probably infinite ideas. If you think of ideas that make it to actual fruition, it’s probably like .0000000001 percent that actually make it. Just think about how many ideas you have in a given day, and how many everyone has. Ideas are cheap. It’s the work that’s really the hard part.”

The attendees were encouraged to write down ideas for a possible business without fear of it being a “good” or “bad” idea.

Ruben also said people shouldn’t be concerned about other people stealing their idea.

“The biggest reason why startups — and ideas — fail is you never talk about it,” she said. “Part of moving an idea forward is getting it crunched and mashed and changed. By the end of the process, it might be something completely different.”

She said an often-used entrepreneur method is the Lean Startup Model.

“Essentially, you have an idea. The best thing to do is to right away start to build. Create, build, code. … Then, get it out to the marketplace,” Ruben said. “The most important thing is to see if there is even a marketplace. It’s easy to put something out in the world that no one wants. The bad thing is that a lot of people get to that point when they’re very far along, they’ve put a lot of money into it and no one wants it.”

She said people starting new projects should not fear failure, but work through it and revise.

“With what you’ve learned, you’ll have more ideas,” she said, adding that the process is to build, release to the marketplace, make changes and build again. “Even Google is not finished. It’s always doing this.”

She talked about Hazel People and its first failure in trying to create a sports drink. The founders eventually had to pivot in a different direction, which ultimately led to discovering the market for hazelnuts.

“It’s actually great to fail,” Ruben said. “It’s even better to fail early, when you don’t have as much skin in the game. If you throw a ton of money at it, and then you fail, it’s going to hurt a lot worse.”

She then walked people through the Business Model Canvas, which can be accessed from www.strategyzer.com/canvas. It is an industry-standard tool to help people plug their ideas into an actual business model. The worksheet starts with value propositions; evaluates what is key in activities, resources and partners; identifies customer segments and relationships; and determines cost, marketing and revenue streams.

The attendees worked through some of their ideas and shared them in small groups. Some of the ideas are ready to launch now while others will take time.

People stuck around after the session to hear more about the opportunities at the makerspace, talk to Ruben and connect with other residents.

The next RAIN workshop, How to Utilize Public Funds, will be on Wednesday, July 24, at 5:30 p.m. at Lane Community College Florence Center. People can sign up for more information at meetup.com/Startup-Florence-Oregon-Coast or oregonrain.org. In addition, Ruben is available to meet with Florence residents on Wednesdays and Lincoln County residents on Thursdays.

“This is probably my favorite job yet,” she said. “It’s so fun because I get to hang out with all of you and hear your incredible ideas and watch your businesses start, launch, brainstorm and problem solve. The cool thing is that I don’t have to have all the answers — but I’m your networking middle person to help you get to the places you need to be.” 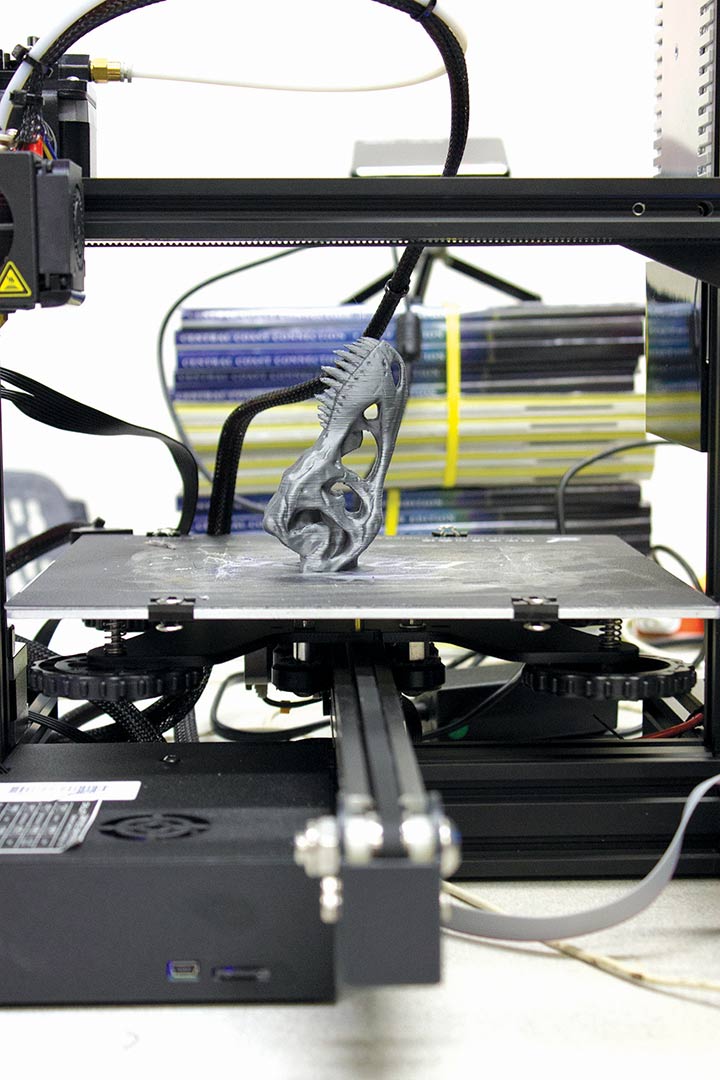 Cutting ribbons on a new city

In the wake of the Olympics