A chance to fly

Aug. 15, 2018 — There are many different ways that students on summer break can spend their free time. One of the most interesting, exciting and unexpected ways may be to learn to fly.

This opportunity is offered through a partnership between Boys and Girls Club of Western Lane County (BGC) and Aero Legends, a local company that is deeply involved in aviation on many different levels.

The “Air Academy,” as it has been dubbed by program coordinators Chuck Trent and Terry Tomeny, was created to showcase the scientific elements of flying, but also to help area youth discover their passion, whatever that may be.

It is the second summer for the academy.

“Every child in America deserves a great future,” said Trent, the local executive director of BGC. “STEM (Science, Technology, Engineering and Math) education is critical to the ultimate success of our young people, as STEM jobs in the United States are expected to grow nearly twice as fast as other fields in 2018. Unfortunately, there is a shortage of both interested and adequately prepared kindergarten through 12th-grade students in STEM subjects, especially among minority youth and young women.

“To meet the demands of the changing world, and develop the leaders of tomorrow, we must help our youth build the necessary competencies and skills to pursue STEM careers.”

Trent is always on the lookout for new ways to engage the students involved in the programs at the BGC and was intrigued by a proposal he received last year from two prominent local aviators.

“Retired colonels Sam Spayd and Terry Tomeny approached the club with an idea to create the opportunity to help young people, especially those who need it most, develop passion and an aptitude for careers in aviation,” Trent said. “Their goal was to inspire kids and to share with them the love of aviation.”

Ultimately, the two pilots, Spayd, the founder of Aero Legends, and Tomeny, the current owner, wanted to give students a taste for flight and help them learn what it takes to be a pilot.

“The Florence Air Academy was designed to show kids what careers are possible,” Trent continued. “STEM does not necessarily mean being a scientist. Sam and Terry are famous for telling our kids, ‘If you find something that you are good at, something that you love to do, you will never work a day in your life.’”

The Air Academy was held at the Florence Municipal Airport, 2001 Airport Lane, in a private hanger that serves as the students’ classroom.

Tomeny, Spayd and other licensed pilots taught the students basic aeronautical theories, simple airplane maintenance and other skills not directly related to avionics, which the instructors hope will translate to other areas in the students’ lives.

“The Air Academy was really Sam’s idea,” Tomeny said. “Last year, I teamed with him as a flight instructor. Our goal was not really to encourage the kids to be pilots, but rather to encourage them to pursue something that they are passionate about that they can enjoy for a lifetime.”

Trent also believes the concept of providing the reasons that the world works in the way it does, will inspire and motivate young people, even when school is not in session.

“Research has shown that the out-of-school environment — after school and during the summer — advances STEM knowledge and increases interest in STEM-related careers. The challenge is getting our kids to understand careers in STEM exist, that there is opportunity all around them and that they have what it takes to be successful in STEM jobs,” he said. “It's important to help kids understand what's underneath the everyday things that they love: what's underneath the games, the apps and the devices. It's math, science and engineering. BGC’s mission is to create ladders of opportunity and help our kids climb as high as they want to go.”

Trent and Tomeny were both pleased with the turnout for this year’s Air Academy, which is held at no cost to the participants. There were about 10 total participants from different grades.

On graduation day last Friday, all of the students did preflight inspections on the four aircraft they would be co-piloting and then all took a ride in the planes.

According to Trent, all of the students expressed appreciation for the chance to learn about a subject they were interested in finding out more about, while getting a chance to fly.

Tomeny feels the first two seasons of Air Academy were a success and wants to add to the classes available to students during the summer.

“In the future, in addition to the Air Academy, we have ideas for a similar Builders Academy or Automotive Academy,” he said. “I also have another idea called Microds (miniature hot rods) for the kids and local businesses and the community.”

He added, “Aero Legends is very interested in helping the BGC help the youth of Florence. They do a fantastic job. We could either just donate money — or get personally involved. We chose the latter, and to be honest I think we get more out of it than the kids do. It’s very special when you see a spark lit.”

Trent was particularly pleased with the response from this year’s attendees. He sees the effort as a way to instill in students a sense of their place in the world.

“For me, the best part of the Florence Air Academy was graduation day, when each of the kids got to go up with a licensed pilot.  Standing on the flight-line with parents and grandparents listening to the kids making the radio calls during the flight was fantastic,” Trent said. “As each plane landed, watching the joy, excitement and sense of accomplishment for each ‘Young Eagle’ confirmed that the goal was achieved.

“There is no greater sense of accomplishment than to see kids come into the program shy, apprehensive and unsure, but walk out of the program curious, confident and excited about the possibilities ahead of them.”

For more information about the Boys and Girls Club of Western Lane County, visit bgcwlc.org. 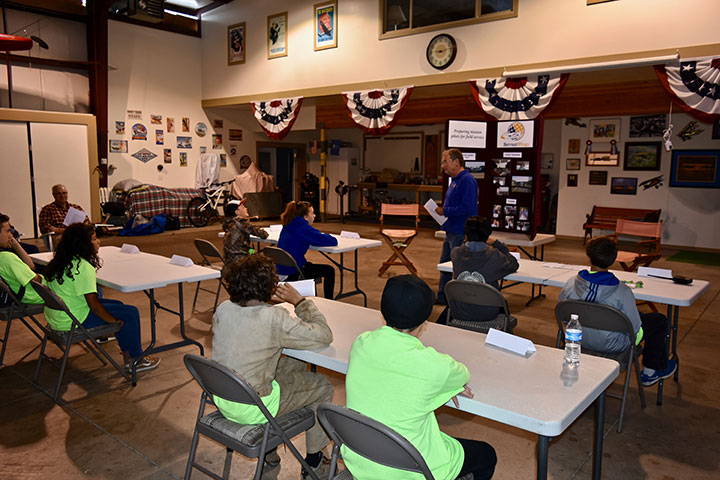 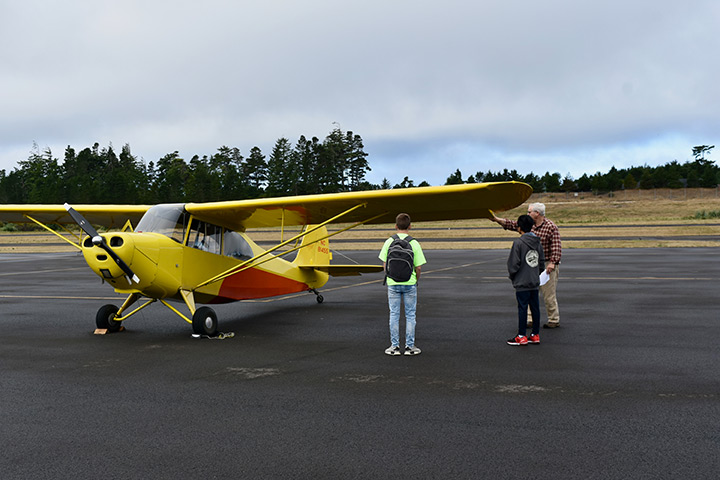 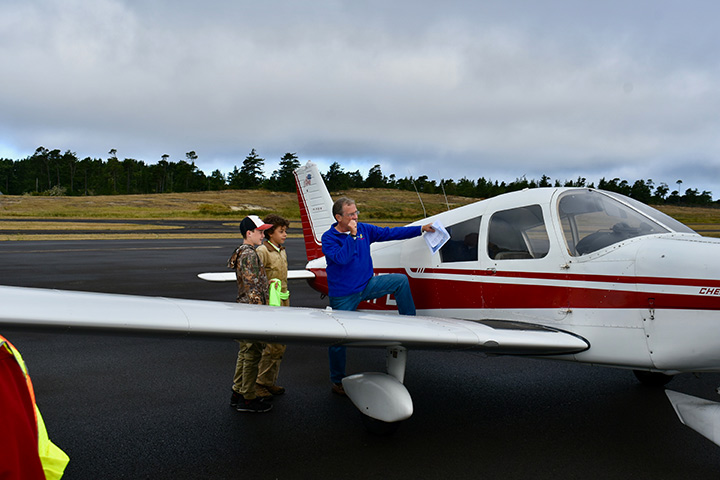