Coronation to be held May 13

Jan. 13, 2023 — Plans for the 2023 Rhododendron Festival came roaring to life this week with the announcement of the Senior Court, along with the overall theme of the festival - “Rip Roarin’ Rhodies.”

On Friday morning, crowds cheered in the Siuslaw High School auditorium as the senior court was announced, which included a total of ten students, eight from Siuslaw, two from Mapleton High School. 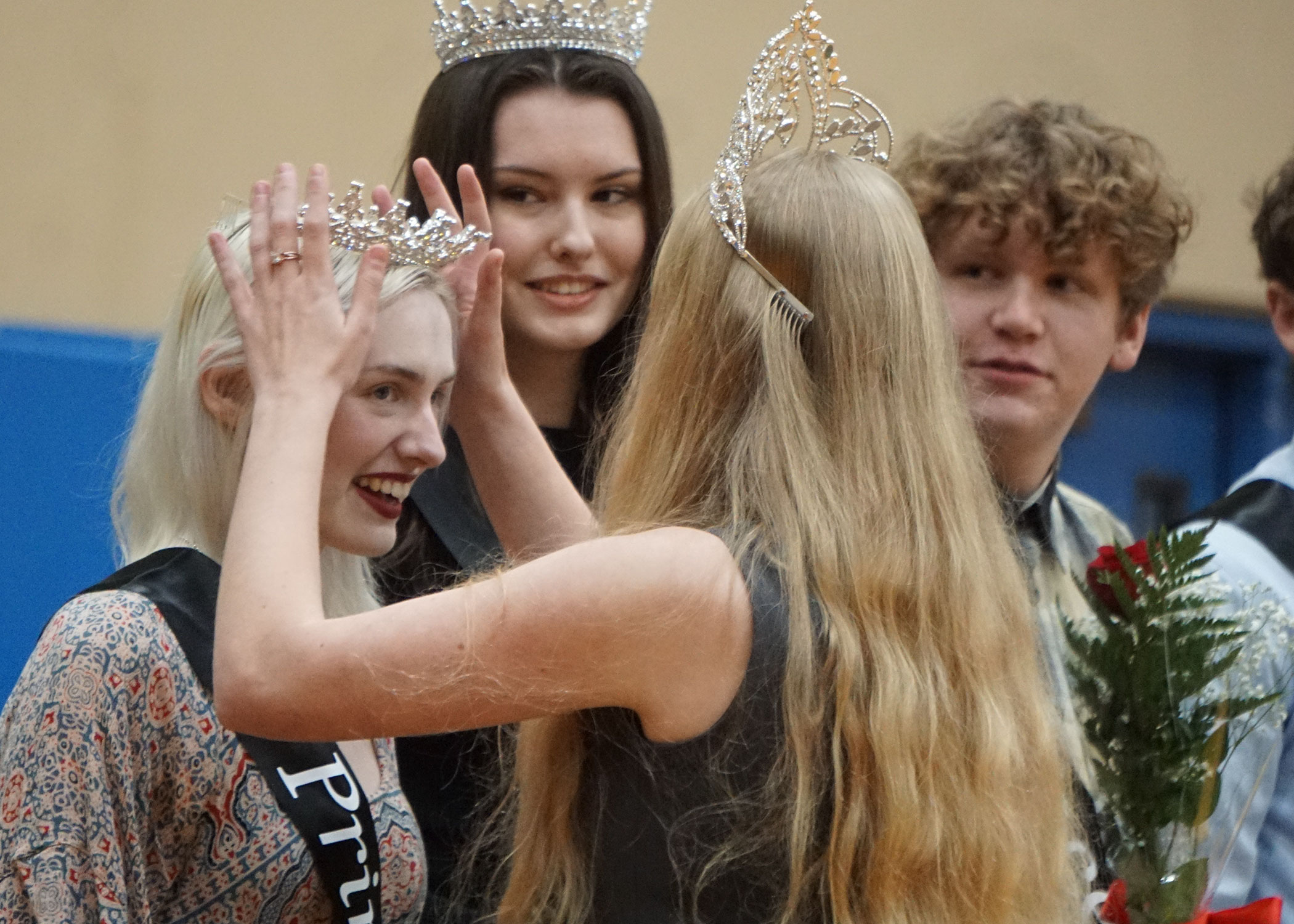 2022 Queen Rododendra Haylee Cole spoke with Siuslaw News on what the court can expect on the road to coronation, which will be held on May 13.

“They’ll be expecting to bond close to each other and meet new people and help out in the community,” she said, pointing out that there will be a host of volunteering opportunities, which included the Wine and Chowder Festival and speaking engagements at a host of civic and governmental organizations, including the City of Florence, Rotary, Kiwanis, Soroptimist and the Siuslaw Tale Spinners Toastmasters.

Cole added, “We also did etiquette classes and speech classes to learn to talk in front of a crowd, because that’s what we did at almost every single event we went to.”

Cole’s favorite part of the court was the Wine and Chowder Festival, where she met people from all over the states. As for the hardest part - speeches.

“I don’t really do speeches that well,” Cole said with a laugh. “The speech class we took was a little difficult. I did get better. Over the years, we kept doing it over and over again at different events. You’ll get used to it the more you do it.“

The goal is to have the court, no matter who gets crowned, to become ambassadors both within the community and outside as seniors head off to life after high school.

“It’s nice to see the teenagers getting involved in the community because a lot of times you don’t see teenagers helping out,” said Cole. “It’s nice when there’s ten teenagers going out and helping events and seeing the community grow from the young age that they are.”

As for retiring her crown, Cold said “I am very sad, but I’m very excited to see another person take on those responsibilities.” 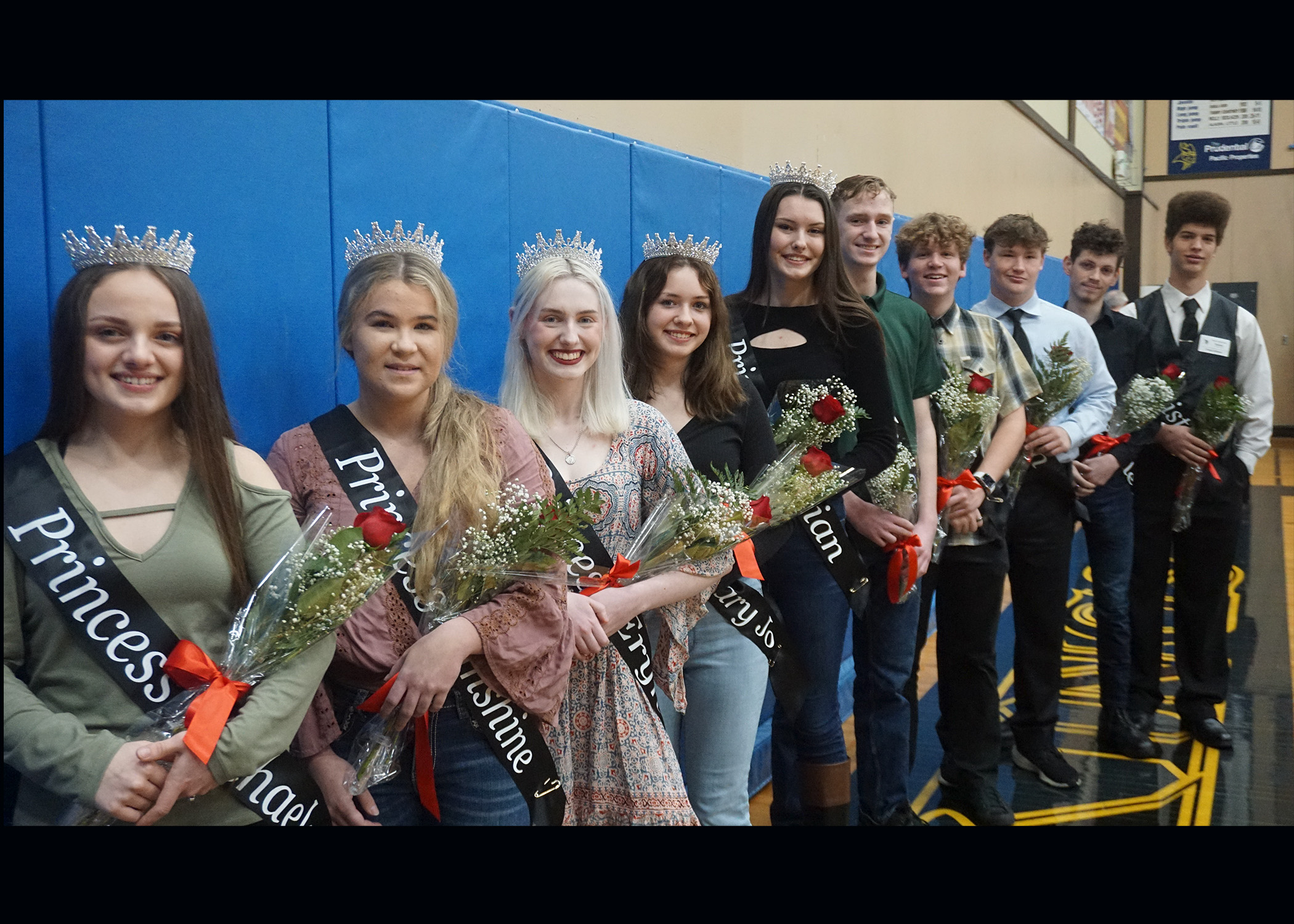 Also this week, the Florence Area Chamber of Commerce Announced the theme of the festival, which was contributed by Brian D. Sandahl of Florence.

“I am overjoyed that my theme of ‘Rip Roarin' Rhodies’ was selected, and it is my hope that some of my creativity and design thoughts might be put to use in the creation of this year’s festival logo. I like the alliteration, too. To me, it just sounds like a good time,” he said.

Chamber President and CEO Bettina Hannigan pointed out that the logo not only celebrates the current era, but harkens back to the 1920’s, allowing for fun and unique designs for “parade entries, the classic car and motorcycle shows, vendor areas, and other uses during our 116th annual festival.”

The festival, which is Oregon’s second-longest running floral festival, will begin on Saturday, May 13 at  6:30 p.m. with the coronation of the Queen Rhododendra and King of the Coast, followed by the return of the Davis Show Carnival on May 18 at the Port of Siuslaw Boardwalk.

To learn more about the 116th Florence Rhododendron Festival, including how to volunteer for events, enter the parade, exhibit at the vendor fair or get your supporting event listed, visit the Chambers website at www.florencechamber.com, or contact event coordinator Mitzi Hathaway, tourism development director, at 541-997-3128. 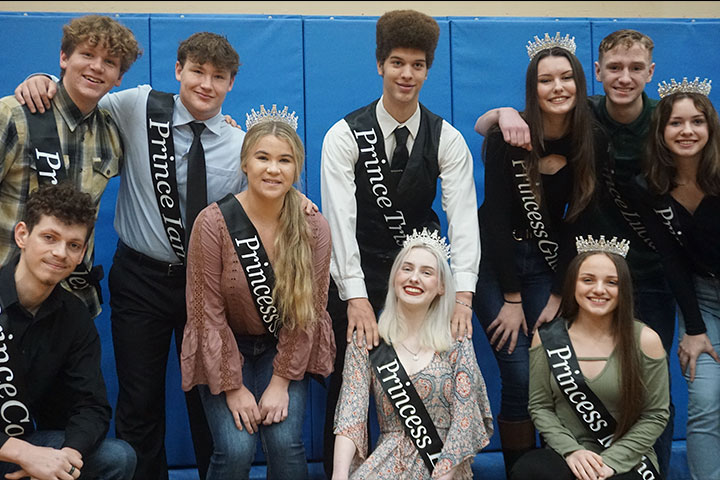 Are you “election ready” in Lane County?